It's for a good cause, Movember.

This year my sons and I have formed a team and will be growing a moustache to raise funds and awareness for men's health. 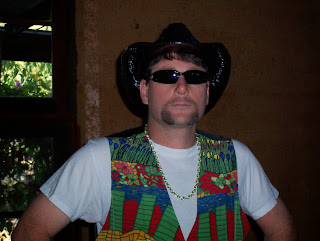 It's all in the name of fun and, crucially, some important causes.

If you have some spare pennies, we'd appreciate your donation. It will support world class men's health programs that combat prostate and testicular cancer and mental health challenges.

Thanks in advance for supporting me/us and helping to change the face of men's health. 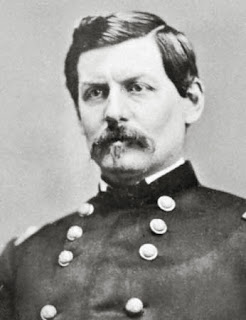 I'm aiming for the Little Mac look this time around!
Posted by James Fisher at 21:31 5 comments:

I paid a visit to the Napoleonic Wargaming Society in Perth on Wednesday. It was my second for the year and both in the space of a month. I am not strictly a 'visitor', being an associate member, but, despite making several trips to Perth for work in any year, they don't always coincide with a Wednesday night, so it's rare for me to show my face at the club.

Stephen had organised a small game of 'tally-ho boys', better known as Wings of War—or it's new 21st C-friendly name of Wings of Glory. Mark H (Sun of York), aka 'Blücher' in our game of the Battle of Bautzen, joined me as we lead two Spad XIIIs (me) and a Sopwith Camel (Mark) against Stephen's four Albatrosses. The slight imbalance in numbers was adjusted as I had control of 'fast' Eddie Rickenbacker, who had a few special 'skills. 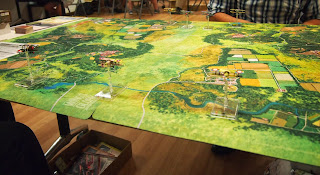 From the allied side, Mark's Camel on the left, Eddie in the middle and the second Spad XIII on the right. 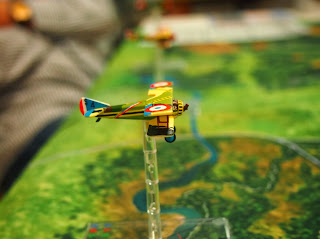 Looking down our 'line', only the second Spad XIII in focus.

Three of the four Albatrosses under Stephen's control.

Mark and I had a loose plan to do a 'reverse arrow-head', send his camel and my second Spad to the two flanks and then 'herd' the Albatrosses onto Eddie's guns. Nice plan. The reality was planes going here and there, including some impromptu precision flying between Mark's Camel and Eddie's Spad! 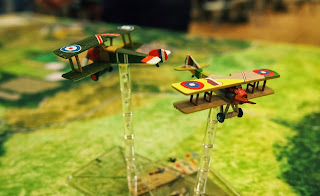 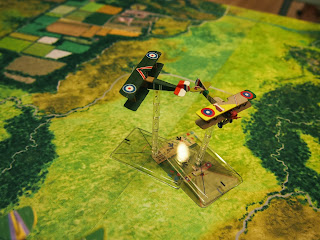 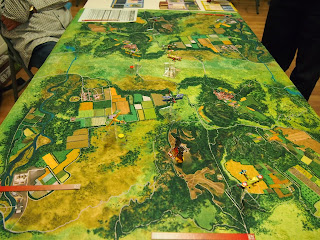 Overview of the board showing the confused dogfights. 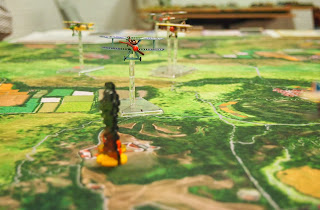 Albatrosses left, right and centre. The smoke is from an earlier bombing run. 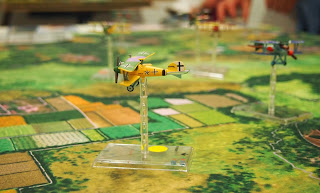 It all seemed to be going well for our side. We had scored a number of hits on all of the Albatrosses. For their part they seemed to be flying extremely erratically while trying to hit Eddie's plane whenever possible. That all changed when my second Spad took a hit at close range. I drew the required cards, one of which was an explosion! 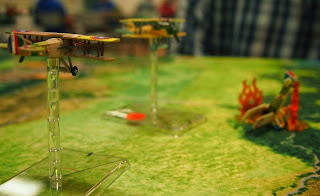 Man down! Eddie directs his Spad at the offending Albatross.

One man down, we tried desperately to finish off the 'wounded' enemy fighters. Mark's Camel had taken but little damage, while Eddie was sitting on seven damage points (of a maximum of 16). They both scored some useful hits on each Albatross, but did not manage to focus on any one. Another five damage points from one fire meant that Eddie was heading home. In fact we all were as time had caught up with us. 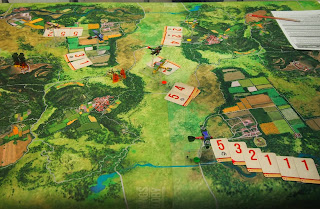 Overview at game's end. The cards indicate the total damage points. One of the Albatrosses was very close with 13/15, as was Eddie with 12/16.

It was an enjoyable game. The sort of thing that is ideal for the environment of a restricted club night. No such limitations at the ANF, fortunately.

It was great to see so many familiar and friendly faces again. Unfortunately the rushed format of a limited three-hour club session does not allow much more than "how are you going?", "yeah, great", but nevertheless, it helps to maintain friendships developed when I was a more regularly at the club in the late 80s to early 90s and late 90s to early 00s.

We are planning another trip to the NWS later in the month and will hopefully have a game of Field of Glory Ancients, which will be a good comparison with Impetus that we have begun to use and liked on their first 'outing'.
Posted by James Fisher at 21:30 10 comments: