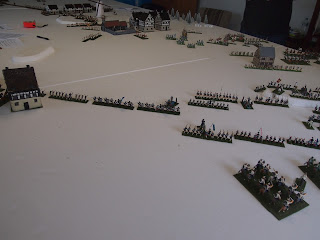 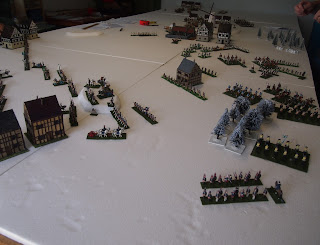 The latter, at the behest of the C-in-C, tried to escape by use of the now famous "Julian manoeuvre". 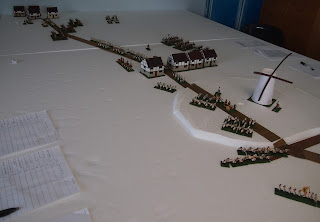 Daun's forces were coming down the road, trying to raise the spirits of their down-cast Imperial allies. They planned to come down like a tonne of bricks. 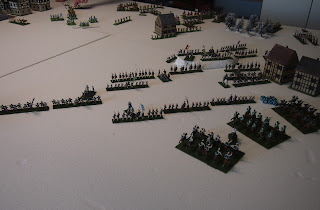 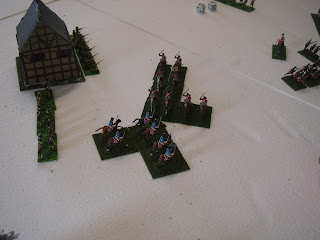 ...though there were occasional wins for the Austrian-Imperial forces. Here, in the combat between Zeiten's cavalry and those of the retreating Imperials, O'Donnell's Sachsen-Gotha dragoons get the better of the pursuing Prussians. 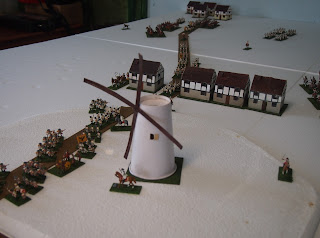 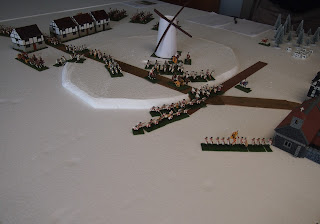 Charles began to re-form his line around the ridge to the north of Leuthen. 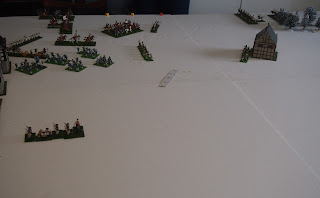 The Württembergers had taken the brunt of the Prussian avalanche, but had managed to cause some casualties to the attackers.
(.Dice on the edge of the board not re-entry points for troops that had retreated from the board but were unbroken. Number is the number of turns until return). 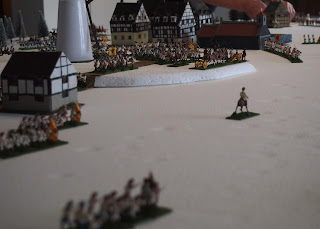 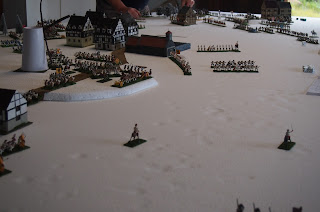 Some retiring troops exposed their flank and would suffer from the Prussian's guns. 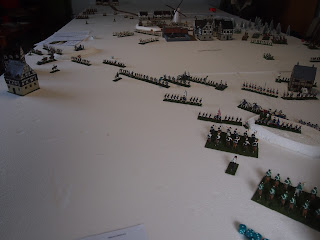 The pursuing Prussians too are forming their lines. 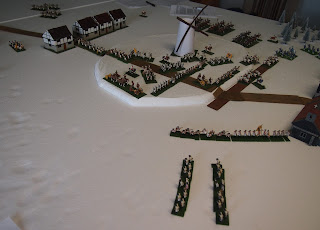 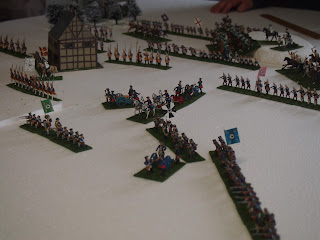 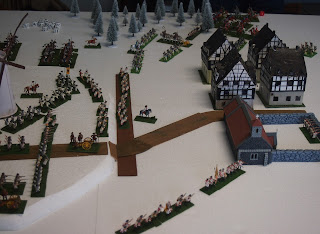 Austrians in position, batteries ready to bombard the Prussian forces. 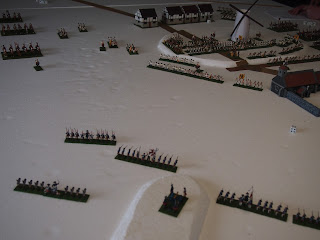 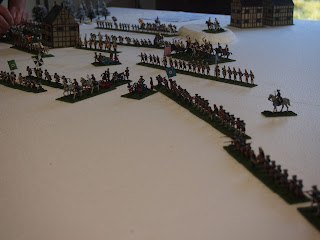 Prussian's re-formed for the attack. 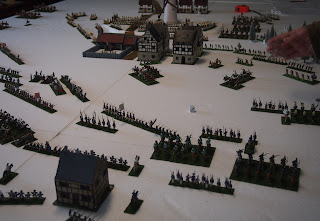 There, there is your target! 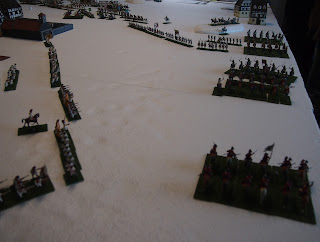 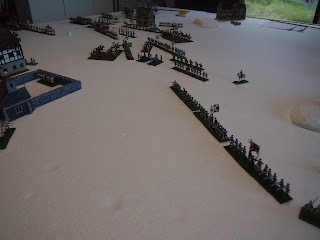 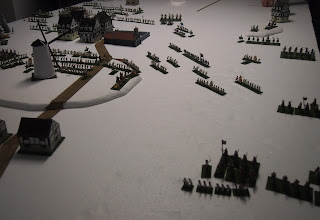 The Austrian left in disorder. Spiznass' grenadiers had achieved some local victories, but were not now exposed to Driesen's victorious cuirassiers. 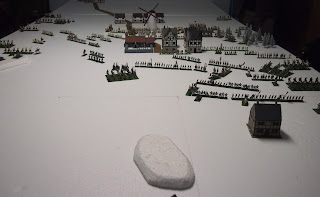 The Prussian left was driving in the Austrian right and preparing to assault Leuthen church. 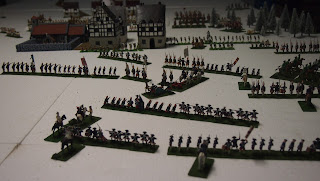 Both armies had now reached 1/4 losses and so had to take an army withdrawal test. The Prussians passed, but the Austrians failed. Game over.

The 'imponderable' had delivered the 'correct' outcome. The Austrians were in a far more parlous state, having lost more troops (1/4 of an army nearly double the size), two commanders and at least a couple of flags to the Prussians nil.

With the notable exception of the attack on Leuthen Church, the game had gone largely according to the history, even down to the destruction of Lucchesi cavalry by Driesen's troopers. Despite the attempted "Julian manoeuvre" to avoid it, the Imperial forces (particularly the Württembergers) had been largely destroyed by Frederick's oblique flank attack, so that the Austrians were at almost exactly the same point at which they quit the field historically when the army withdrawal test was failed.

Chalk another one up for Zimmermann which, with Mark's additions and clarifications, once again produced an engaging, interesting, exciting, enjoyable and amusing game.

Top scenario Mark. Thanks for designing and providing most of the figures for it. Thanks to Julian for his figures, hosting us and getting into character as Charles so well (!) and to Stephen and Paul for coming out to join us for the game.
Posted by James Fisher at 08:41 7 comments: