Chariots to the Fore

The Battle of the Crimissus, 339 or 340 BC was fought during the First Sicilian War (Greco-Punic War) in which Carthage and Syracuse fought for control of Sicily. At Crimissus, Timoleon's smaller army of Syracusian Greeks triumphed over the larger Carthaginian army of Hasdrubal and Hamilcar.

Mark and I got together chez-il, aka ANF Annexe A, for a small game based on this battle, using the Impetus rules. Not being enamoured with the recent changes, we stuck with the original version for this game. 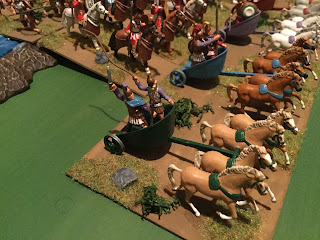 One of the main reasons for this game was to use Mark's new Carthaginian Chariots,  conversions from the Airfix Romans set. Super aren't they? 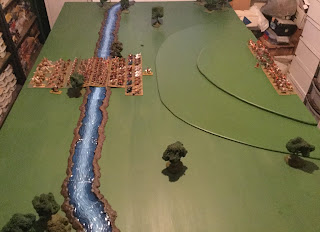 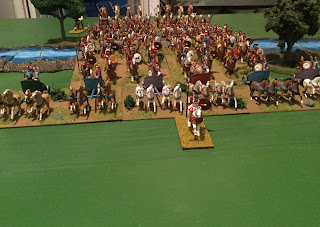 The Carthaginian army crosses the Crimissus River, heavy chariots in the lead. 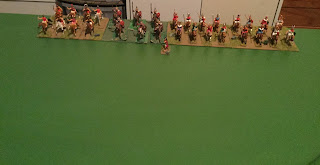 Atop their hill, shrouded in fog (left out of the game for clarity), the Syracusians see the enemy host in the valley below where the morning fog has already cleared. 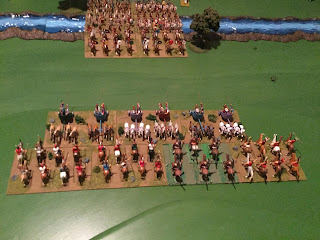 Timoleon sends his horsemen to the attack, to stall the Carthaginians and gain time for his infantry to deploy. 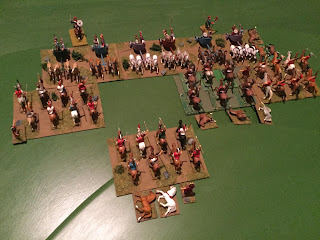 It does not go particularly well, though. 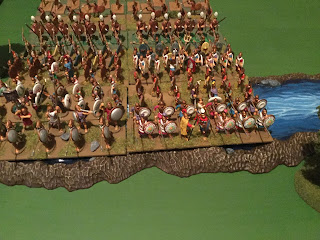 The chariots are gaining valuable time for the Carthaginian foot to cross the river.
Sacred Band in the fore, followed by citizens, then Libyans and Numidians. The Sacred Band are Ral Patha (left) and Zvezda (right). Allies mainly Hat figures; some Minifigs at the back ahead of the Numidians. 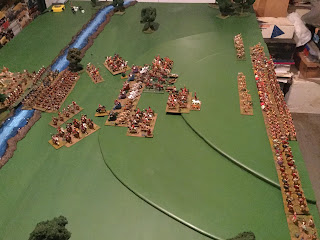 Overview of the battlefield. Greeks (Syracusians) at right, Carthaginians to the left. 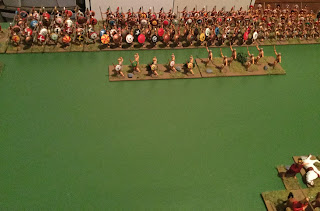 The hoplite phalanx is deployed. 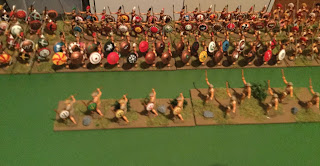 The second reason for this game was for Mark to field his recently completed hoplites. A mix of Zvezda, Atlantic and Caesar figures. Zvezda javelinmen and slingers in front. Lovely. 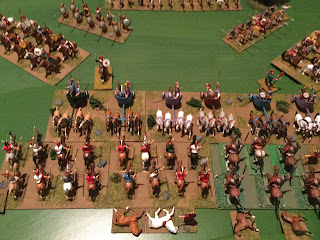 Chariots to the fore? More like chariots on fire, as they sequentially break all of the Greek and Italian cavalry, 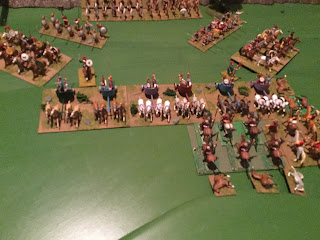 ...then drive towards the hoplite phalanx! 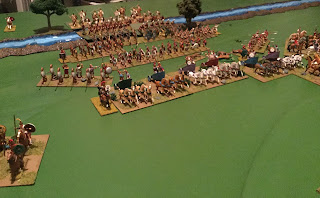 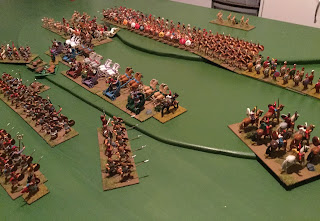 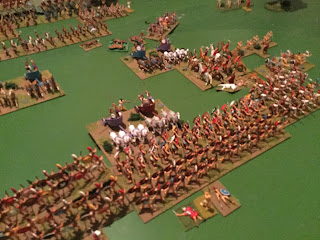 Is there no stopping these d@mned chariots? Hoplites pushed back. The line disrupted! 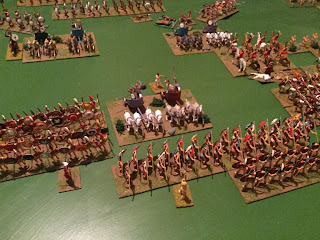 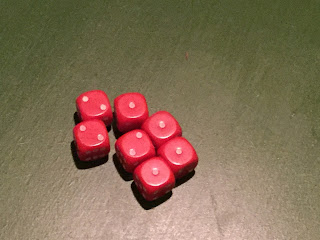 Now, one can never blame the dice entirely, but I am getting a little sick of seeing this sort of thing when I have 7–10 dice to throw! I have preached before about the '1' tactic. Should listen to myself... 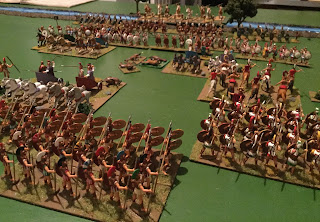 Hoplites regain their composure and counter-attack. 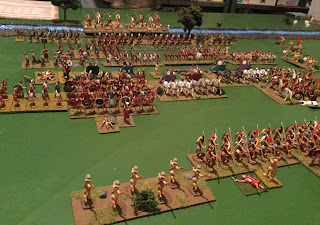 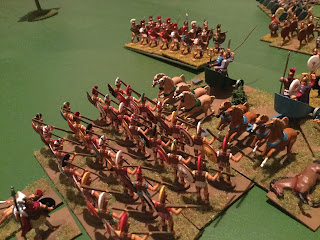 The last unit of heavy chariots is finally broken. They did their job though, in fine style. 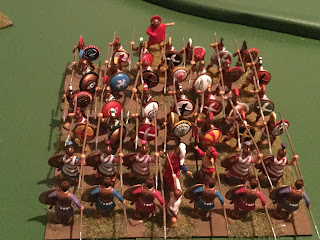 Long spears locked together in a push of 'pike'! 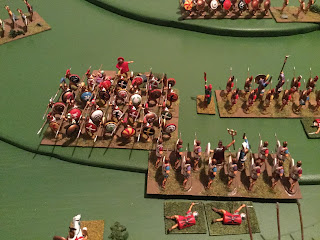 Another Syracusian victory. The worm is turning—there are some 5s and 6s on these dice after all. Is it all too late though? Which army will break first?

The Greeks attack everywhere, victories are achieved, but did too few of them result in the breaking of Carthaginian units required to break the Carthaginian army? 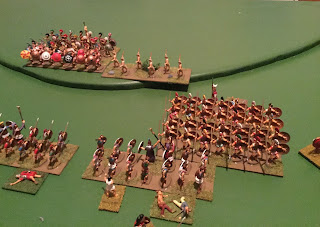 A final attack by the last available unit of hoplites and... another draw.


Result: a losing draw—both armies exceeded their demoralisation level (17 points) and so both were broken, Syracusians 19 points, Carthaginians 21 points! 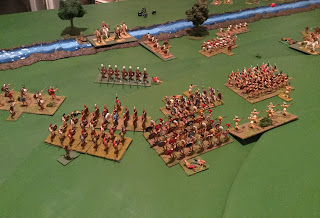 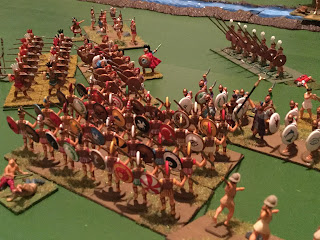 Yet another close-fought and enjoyable game using Impetus. Don't those Atlantic hoplites come up a treat?

We are planning to do some more small games in the next couple of weeks prior to the fourth part of our game of the Battle of Friedland (scheduled for 9th July).