Ancient games from the past no. 3

After our games of Numidians v Caesarean Romans and Battle of the River Düna, the third of our games played in June gave Mark a chance to use his newly painted "Samnites in White Satin"  (the fourth of these games past has also been posted now). 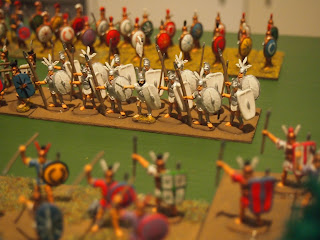 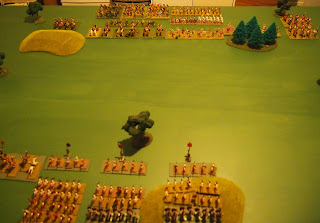 The armies arrayed opposite one another. Samnites-Celts at top of picture, the latter to the left. 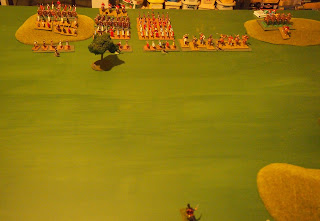 Opposite them the Republican Romans; three legions with associated cavalry and velites. 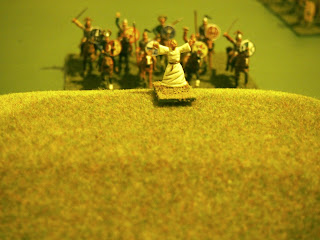 Urged on by their druid... 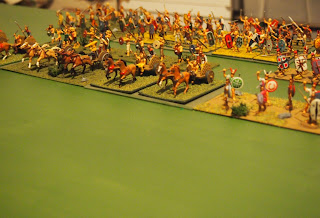 the Celts charged at the Romans. 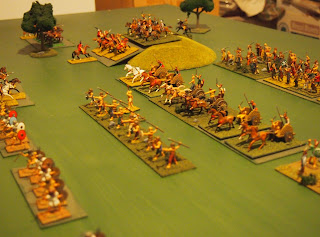 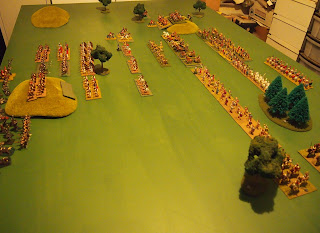 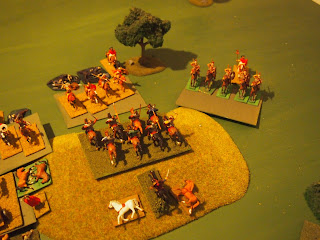 A cavalry mêlée began on the Celts' lett flank, 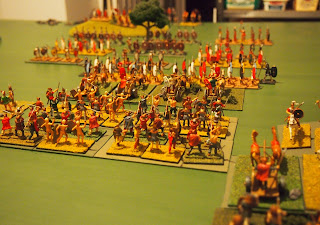 while the warbands charged in the centre. 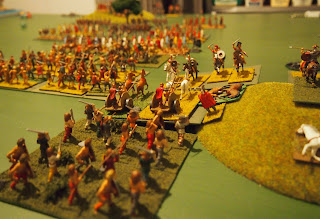 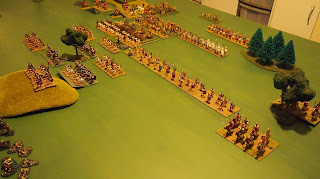 Meanwhile, the Samnite cavalry made it's way around the Roman right flank. 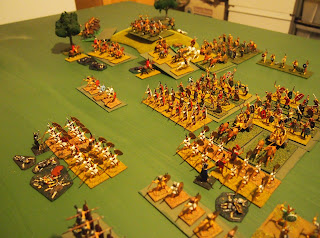 The central mêlée continued, neither side able to get the upper hand. Odds were against the Celts, having failed to beat the Romans with their initial charge. 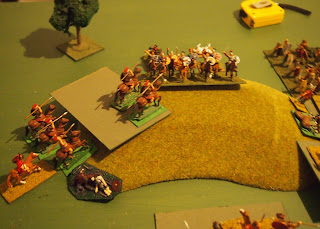 The cavalry mêlée on the Roman left also continued. Here the Celts were getting the upper hand, but the Romans threw in more units, albeit weakened ones. 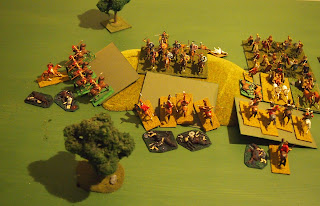 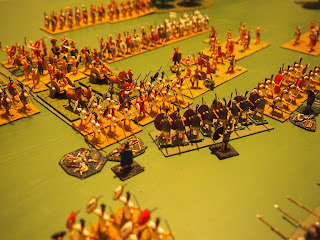 In the centre, the Romans were beginning to break up the Celts' warbands and to drive off the chariots. 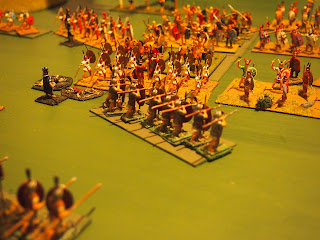 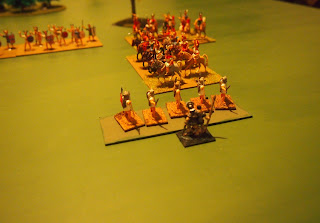 On the Roman right a desperate attack by velites failed to stop the Samnite cavalry, so the triarii reserves were forced to turn to face the threat. 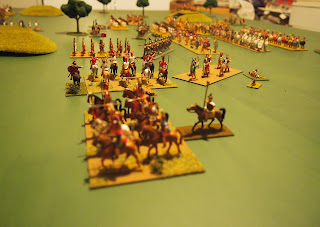 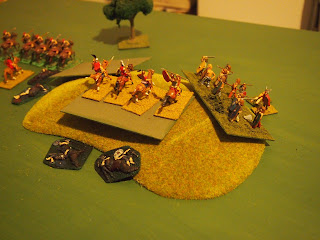 Finally the Roman cavalry were victorious on the hill. A small warband unable to turn the tables. 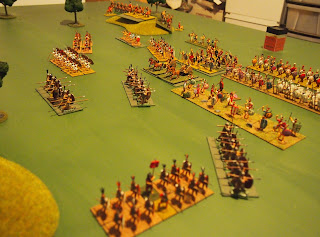 Reaching their break point, the Celtic army withdrew. This loss was enough to reach the break point for the entire Samnite-Celtic army. 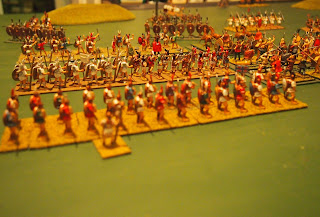 Just as the Samnite infantry had been preparing a counter-attack. 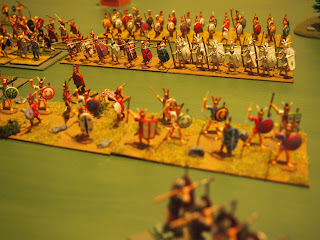 The Samnites in White Satin were not involved at all...!
Posted by James Fisher at 21:33