Last Saturday was the appointed day, 73 059 days after the original event, for part one of our bicentennial game of Waterloo.

The three of us were joined by Marks H. and B., giving us fewer than the record four Marks who were present at Mark H's version at the Napoleonic Wargaming Society on 13th June!(He has posted a wonderfully amusing account of proceedings in our game so far).

We assembled early, but with about two-thirds of the French and a reasonable proportion of the allies still to place on the table, we were not ready to go until 12:30 AWST.

An overview of the table at set-up. Firstly looking from the south-west, Hougoumont at front centre, La Haie Sainte beyond, French at right, Anglo-Allied at left and Plancenoit at far top right of photo. 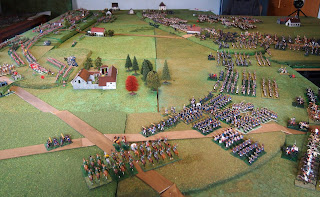 Now proceeding around the table, heading south and east, around the French lines, on to a view from the La Haie, Smohain, Papelotte side of the table and ending with the view along the Mont-Saint-Jean ridge looking east to west. 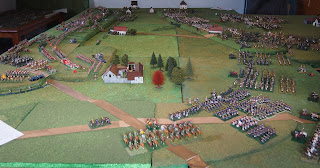 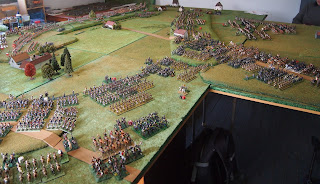 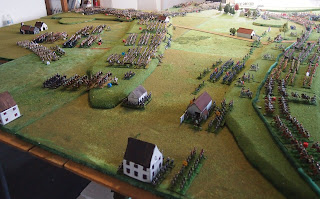 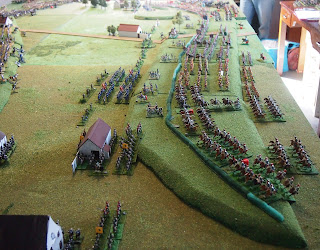 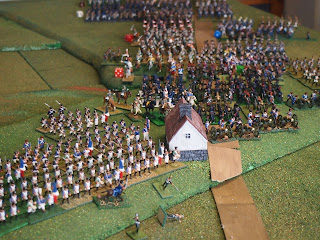 The French army advances, Donzelot's and Quiot's divisions of d'Erlon's I Corps visible advancing in the centre of this photo. 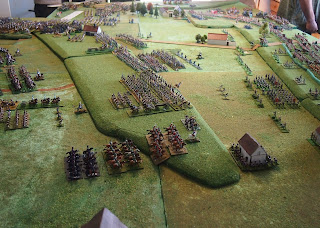 The French also began with a 'left hook', lead by Jérôme's division and Piré's cavalry. 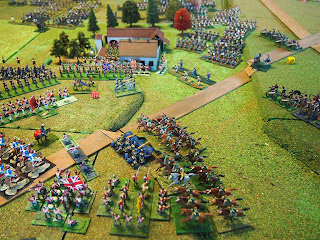 Straight into the fray, Piré's 6e chevau-léger lanciers (disguised with yellow facings) and 1e chasseur à cheval charge Mitchell's infantry and guns. The former 'bounced' from the square, while the latter over-ran the guns and rallied back behind their comrades. 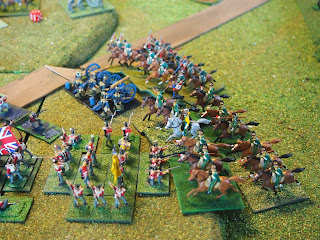 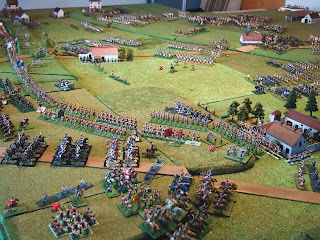 Donzelot's division approaches the Mont-Saint-Jean ridge, their commander seemingly challenging the Duke, who is located below his elm along with his staff and Uxbridge, to single combat! Not really, since divisional commanders are chiefly 'markers' in the Shako rules. 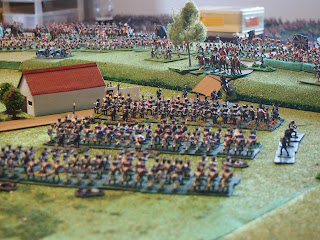 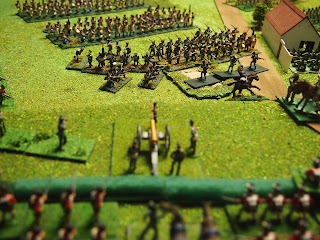 On the Allied left, what remains of Bijlandt's brigade (front-centre of photo) seeks refuge behind the Mont-Saint-Jean ridge 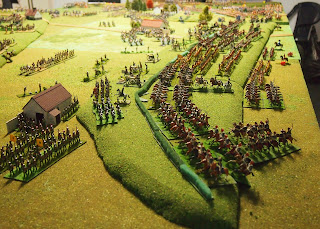 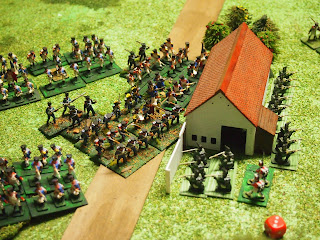 It's close, but, after two rounds, they are driven off with small loss (the engineers should have been lost in the attempt, so need to be removed). 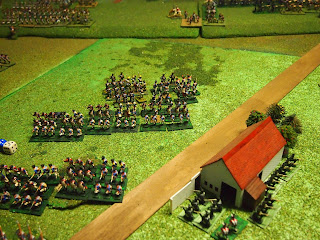 Back on the Allied right, Byng's Scots Guards prepare to meet the lead units of Jérôme's division (supported by Foy's men), while their comrades the Coldstreams remain holed up in the chateau along with the 1/1st Nassau (represented by the figures arrayed around the building models). 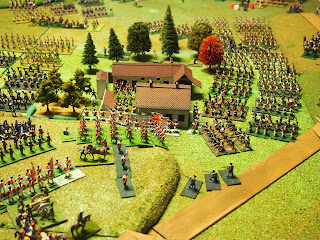 Four big turns played so far with plenty of stretching across the table (particularly to move the divisions of d'Erlon's corps), loads of good-humoured banter and much 'drinking in' the visual feast.

I'll finish this part-one report with another 'fly' around the table, beginning with the Hougoumont area, heading east along the Mont St Jean ridge and then looking over the eastern end of the 'La Belle Alliance ridge', over the top of Marcognet's and Durutte's French divisions. 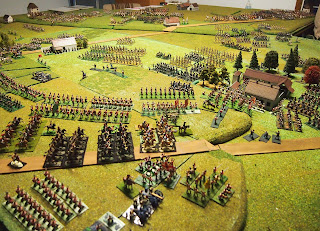 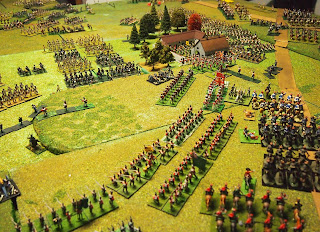 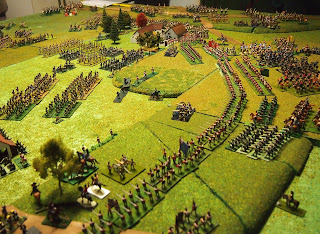 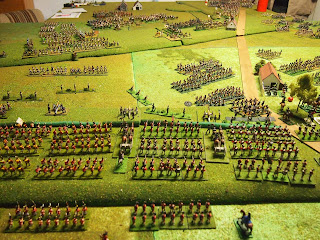 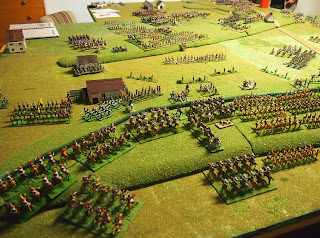 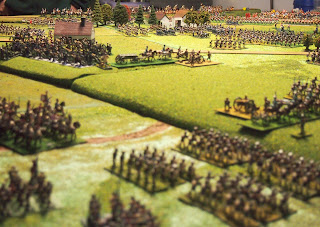 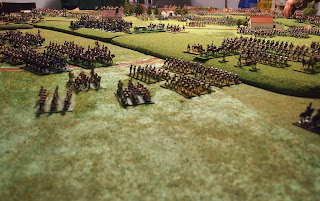 Finally, low down, looking from the Anglo-Allied left.

We pick up this Saturday with the 13:30 turn. The stage is set for action-packed, and possibly telling, turns as the major French attacks go in around Hougoumont, 'tween La Haie Sainte & Hougoumont and to the east of La Haie Sainte.

(Read on with part two of this game)
Posted by James Fisher at 11:58