Mark, who is our Seven Year's War devotee(1) kindly set-up this game which broke my wargaming 'drought' of more than a month(2). In addition to providing the opportunity for an enjoyable game using some of his beautifully painted Seven Year's War Prussians, Austrians and French, it was a chance to trying a few tweaks to the rules, which worked well.
1 He has even been heard to say that he prefers the period to Napoleonics—can you imagine any greater heresy?!!
2 Mark had already broken his own with a solo game the previous week and being involved in the first day of Mark H's Waterloo v2 the day before.

The main adjustments were a slight reduction to the range of artillery (following the game we plan to downgrade canister further) and a reduction in the effect of musket fire. During the battle we also added a mechanism to enable senior commanders to rally troops and to determine when such commanders may be moved (plus the potential for them to become casualties).

Mark set-up the game based on an article introducing people to the period that in one of his old copies of Model Soldier magazine (February 1980). I managed to forget the camera, so iPad photos it was.


Armies lined up, Prussians at bottom, Austrians at top left and their French allies at top right. 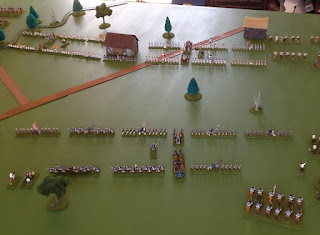 Closer view of some of Mark's beautifully painted Prussians. 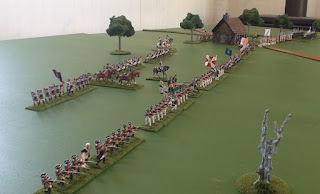 Ditto, for French and Austrians. 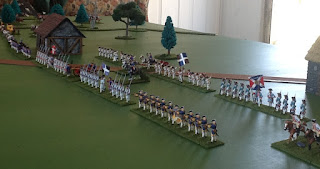 I advanced the Prussian right, while holding back my left. Mark held the line with the French and Austrians. 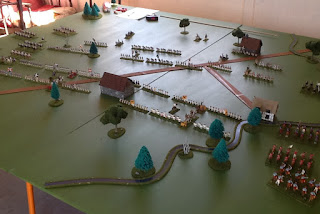 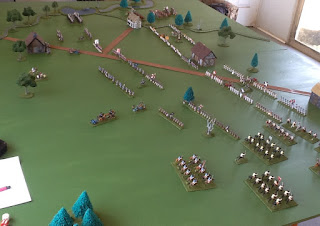 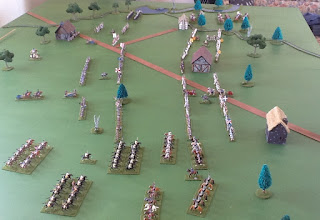 The cavalry on the Prussian right came to grips with the French on the second turn... 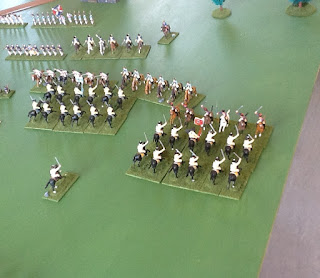 with a pleasing outcome for the Prussian heavies. 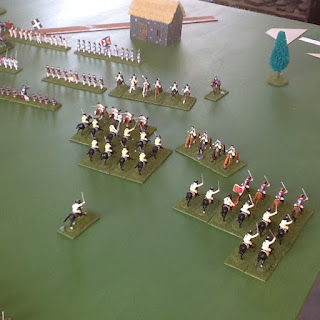 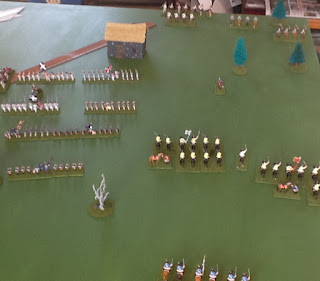 Meanwhile the Prussian infantry advanced, allowing for an exchange volleys. 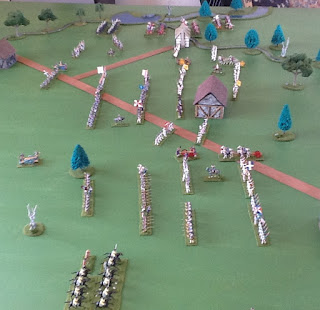 The cavalry mêlée also went the way of the Prussian 3rd cuirassiers over the Austrian dragoons (see here retreating behind their fellow horsemen). 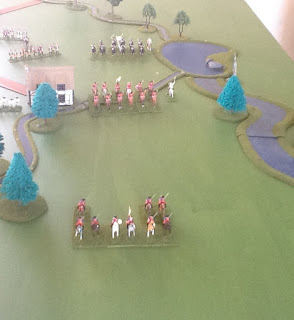 The infantry firefights continued along the line, the Prussians beginning to get the edge, perhaps? 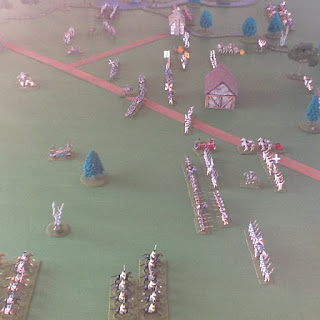 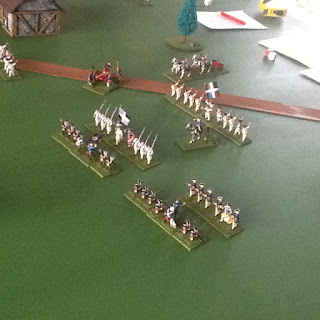 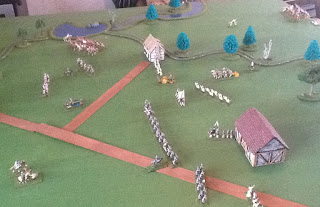 Having rallied the French cavalry came on again. This time they would be more successful, the horse grenadiers (at left) defeating the stationary, weakened 5th cuirassiers and Prussian dragoons (centre of photo). 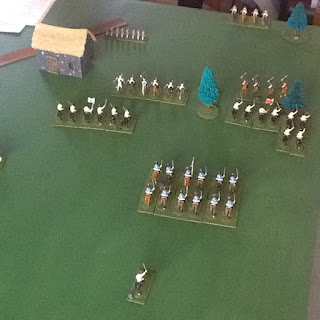 On the Prussian left, the second Austrian dragoon regiment forced the 3rd cuirassiers to retreat and lined up the 1/16 grenadiers. 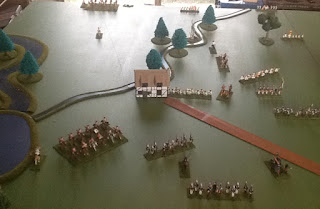 That brought us to the end of the fourth turn (~ four hours of battle). The Prussian's and French were on an army test for one-third losses (from the sum of 'broken' units and current 'casualties' to units on the table). The Austrians had not yet reached that level.

We decided not to do the test (an optional rule with a 50% chance of failure) and to play another turn that we were sure would be decisive.

That it was as the Prussians and French both fell below the automatic army break point of 50% losses, while the Austrians had not yet reached that level, just...! 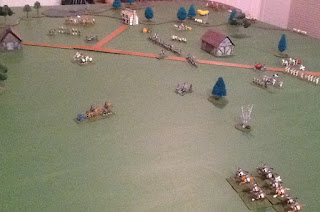 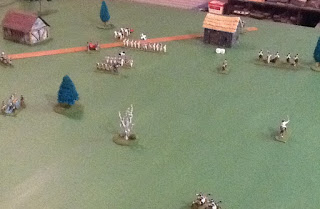 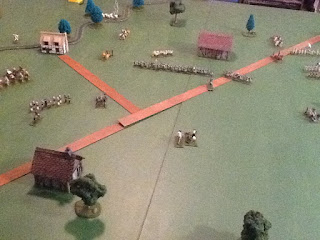 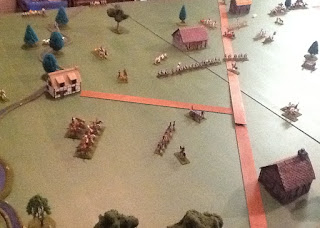 Just goes to show that, had it not been a fictitious game/rules tweak-test, we would have been better to do the tests, rather than fight to the 'death'!
A colourful, enjoyable and closely-fought game using Zimmermann's 'oldie but goodie' rule set. Mark has these rules in mind as our 'standard' for Seven Year's War games. I for one am more than happy with his choice.
Posted by James Fisher at 19:45