The Battle of Leuthen is our next game, so Mark and I headed down to ANF HQ today to set up the table.

Having been fought in December, this is another snow-covered battlefield. I always like the look of these! 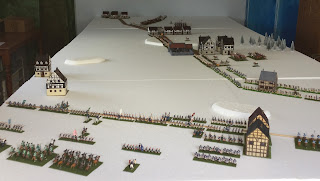 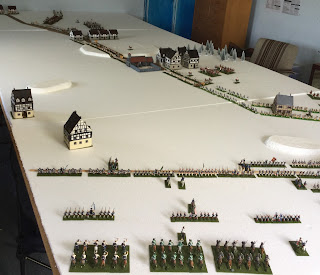 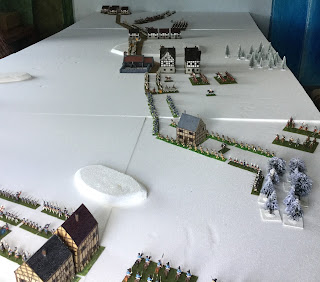 Closer views of the same: 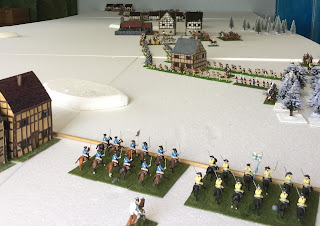 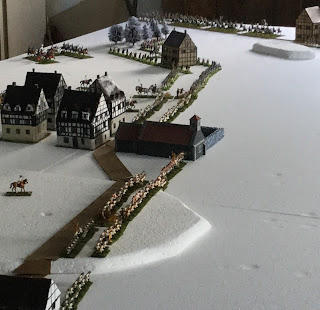 Looking down the Austrian line. The Württembergers and Bavarians on the left of the line are set to take the brunt of the initial attack. 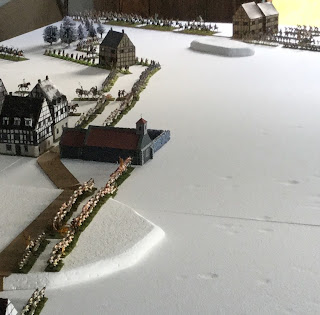 The vast majority of the figures (Prussians and Austrians) are Mark's, with Julian's Bavarians and Prussians (as stand-in Württembergers) making up the full compliment. A fabulous effort once again from Mark who got all of his lot painted in a couple of years!

This game, which is scheduled for next Saturday, 6th August, will be our sixth anniversary game (our inception date being 8th August) and will be our 81st game/battle in that time. Given that several of our larger games have been played over two–four sessions, we are averaging well over one game per month, which is most pleasing. 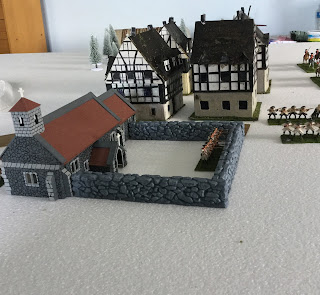 Will the Leuthen church be contested as sharply as it was in the real thing? 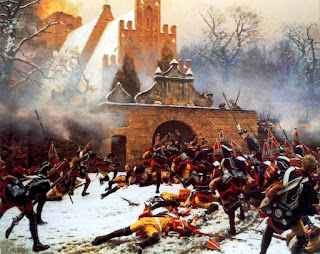 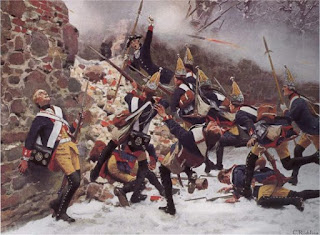