A bit of Greek on Greek

Mark and I were joined by John from the Serpentine Wargames Club for this, our most recent game, which we played on 10th March.

As a 'new-boy' to the Impetus rules, John joined Mark as the Greeks while I got to command Phillip II's Macedonians. History was on my side, which is often a problem... 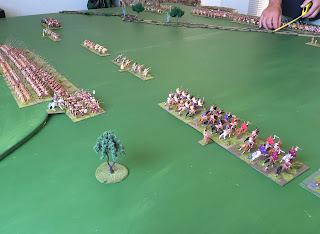 Overview from Macedonian side 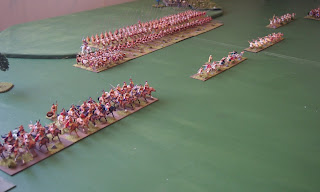 Panning the Macedonian forces. Mark has built up that phalanx (comprised of Hat figures, for those interested) just this year! 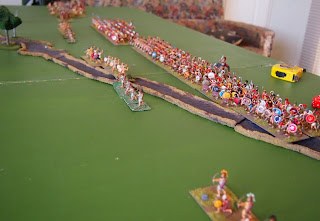 The Greeks: Athenians closest to camera, Thebans on their right. 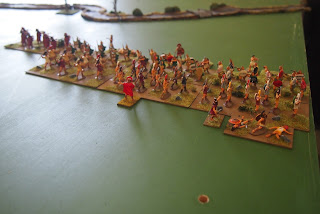 As at Pydna, the battle began with an un-planned 'exchange' amongst the skirmishers near the creek. 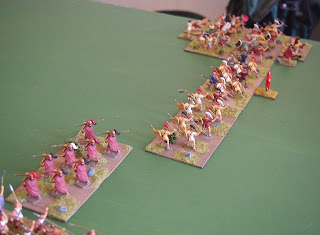 In this case the Thebans got by far the better of the combat—beginner's luck for John.
Ever the comedian, he quipped "I thought all this stuff on the blog about your bad luck was just you whingeing James, but I see it is true!" 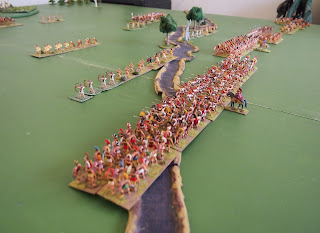 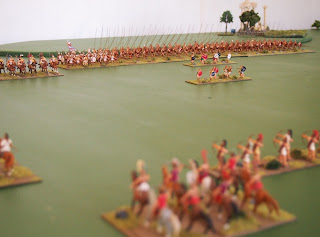 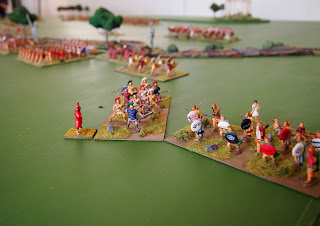 ...as the Thebans cleaned up the last of the Thracian javelin men 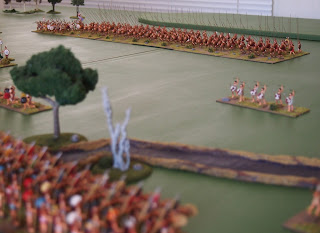 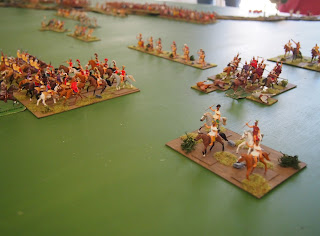 On the other flank it was the turn of the cavalry. One unit of Hetaroi chased off the pesky Greek light cavalry, copping many casualties from the flying darts in the process, while the other and their Agema colleagues took on the Greek medium cavalry. 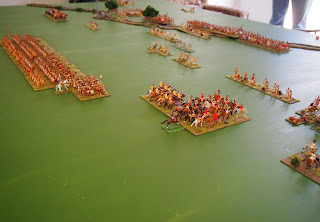 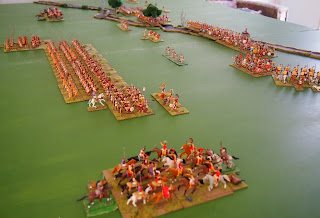 Leaving the Hetaroi to take care of the Greek cavalry, the Agema drove on to attack the left flank of the Greek phalanx, which resisted the charge (i.e. drawn mêlée). 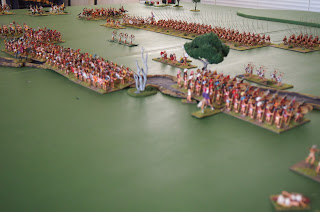 A damned fine sight. In these games you gotta take time to 'smell the roses'. Well done Wilko on all that painting! 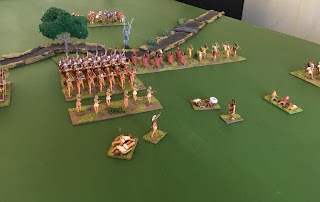 Having cleared off the Thracians, the Theban lights and skirmishers begin eying off the Thessalian cavalry. 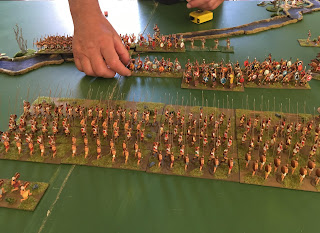 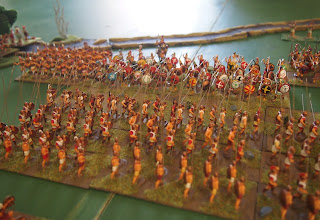 Such a fine sight. 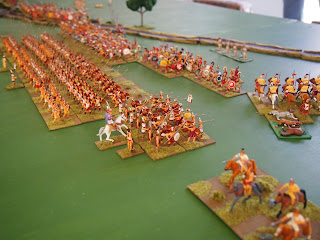 The Agema cavalry (top right) have still not been able to break that resistant unit of hoplites. 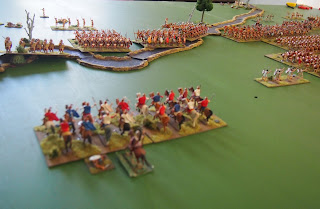 Back on the Macedonian left flank, the Thessalian's face off big mobs of blokes with pointed sticks. 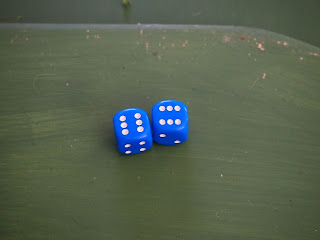 A clear message from the gods. Phillip is officially a genius (a double six for the initiative roll in Impetus results in the commander's command value going up one level). 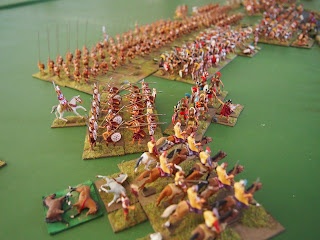 Inspired, he leads his bodyguard infantry to join the Agema's flank attack. 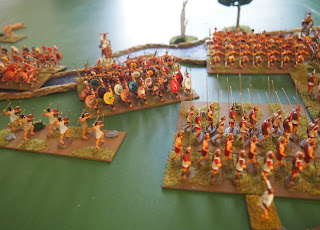 At the other end, the hoplites try a flank attack of their own. 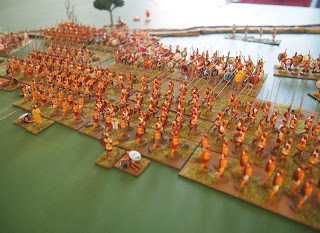 Meanwhile, the battle of the phalanxes grinds on. 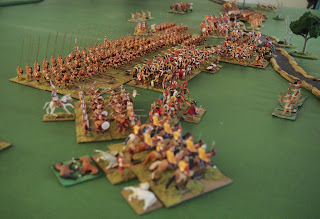 It was very much in the balance, but then along came turn 7. 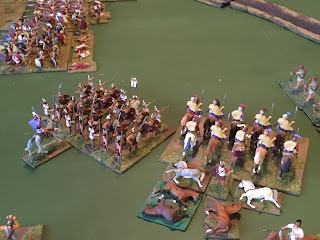 Finally, the Macedonian élite troops disposed of those hoplite heroes on the left of the Athenian phalanx.... 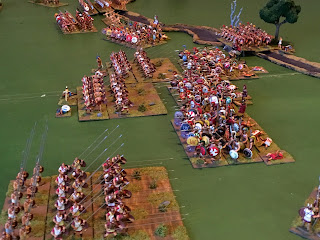 but, the phalangites in the centre broke like stalactites losing combat after combat, and unit after unit.

Eventually, the survivors, looking around, blew the retreat...

A clear Greek victory. The Macedonians lost 33 points of demoralisation (VD in Impetus), to the Greeks a mere 13!

'Twas great to have John join us for what we hope will be the first of many occasions. Thanks to Wilko for providing figures, terrain and venue.

Thanks to Dadi and Piombo for the sh!t rules that made me lose; nothing to do with any of my tactical decisions!
Posted by James Fisher at 21:42