We have used these rules twice now; the first was a game based on the Battle of Saalfeld, 10th October 1806 and the second on the Battle of Bailén, 19th July 1808. Both of these are moderate sized battles involving opposing armies equivalent to about a corps in strength. They are also both battles that 'developed' with the defending Prusso-Saxon and Spanish armies respectively pitched against a French 'army' arriving over the course of the battle. This was not done intentionally, but probably makes for a better test of a set of rules than does a set piece battle. 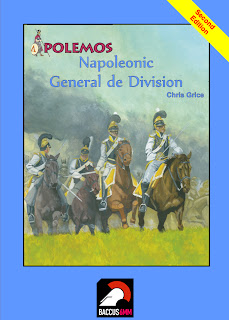