Extricating an army from a pursuing foe is surely never the easiest of tasks. Presented with the task faced by Sir John Moore at Corunna, options are few and the possibilities of defeat appear limitless. For Marshall Soult, on the other hand, time is as much an enemy as British muskets and rifles. For our refight we chose the straightforward arrangement from the Polemnos scenario list: 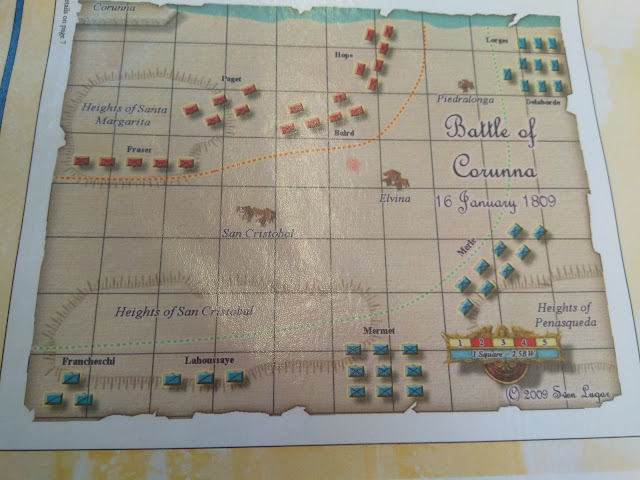 Four British divisions faced six French ones, albeit that three were cavalry. The Order of Battle we used is from Napolun (1). This was the sight from the halcón above when the game started. 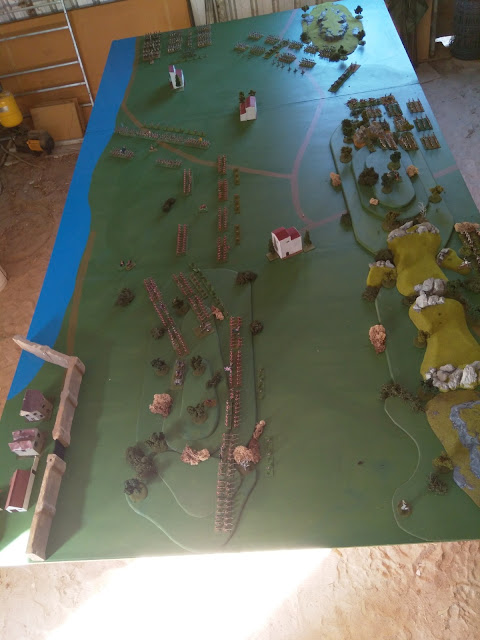 All our towns and villages are set on 4" squares, Corunna alone is figurative. Fraser's division is nearest the camera facing Franceschi and Lahoussaye off-camera to the lower right. Paget's reserve to his left and then of course Sir David Baird faced by Merle. Hope faces Delaborde, Merle and Lorge's cavalry. Sir John Moore has a plan, which is to attack Merment's division as it advances, cut the French army in two, and break their morale. However you can see the problem already: if there is not adequate planning, if Baird cannot get out of the way, Paget simply has insufficient room to deploy his troops. And here is the elegance of the Shako rule (7.8) in such cases: the earliest orders can be given to troops under such defend or reserve orders is the end of the second move. How I as Sir John wished that rule had not been there. As it was, I sent orders myself to Paget to move forward, and dispatched an aide to Fraser, who unfortunately lost his life, requiring me to send another. The consequences of these twin delays, I argue, were to cost me a victory. The view below shows Merle's division approaching Elvina. 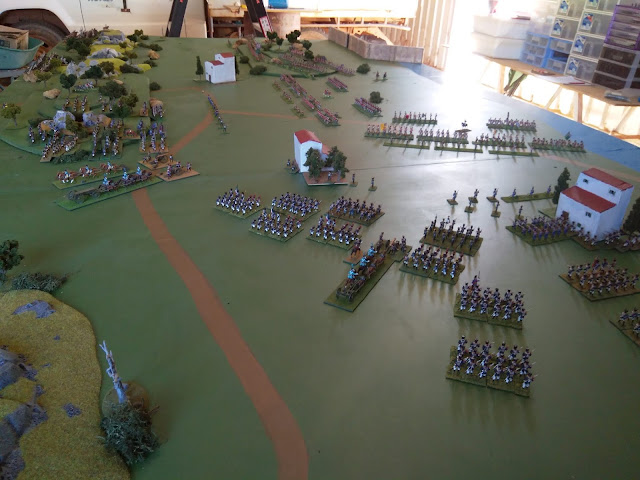 French artillery then made good play against the III/1st Royal Scots and the I/1st Guard behind. Hope's predicament is evident from the picture below. No attempt whatever was made to seize Piedralonga, which the French bypassed. Below how things stood at Move Four. 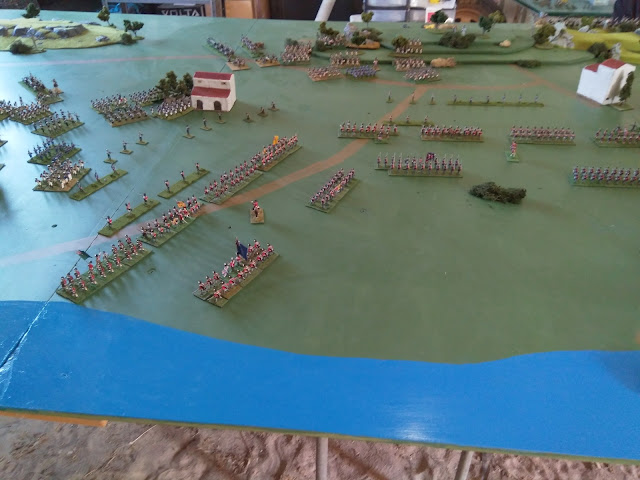 The advance continued, with an excellent triple-pronged attack on the I/5th Foot and the I/92nd Highlanders behind them by Lorge's dragoons and the 86th Ligne. In the picture below you cannot quite make out either that attack developing to the top left, nor Major-General Bentinck's 1/42nd Highlanders holding up Paget's division in the centre, the two generals arguing about who should move, although the reality was that by the time they came to have that argument, there was no longer the slightest possibility of trapping Merment's division between two fires. Securing Elvina was simply not enough, the Rifles largely using it for refuge. Meanwhile Sir John Moore, safely ensconced on the heights of San Cristobal, was simply in the wrong place. 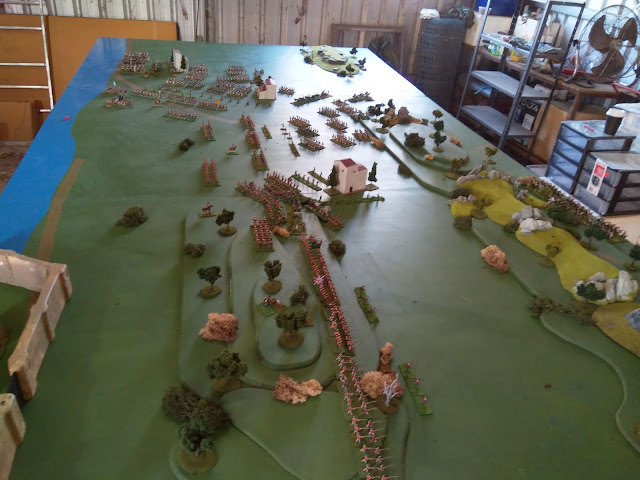 Within a short space of time, Merment's 47th and 122nd Regiments were actively engaged, ignoring the British traffic jam to their left. It was a tussle that was to continue all day, largely to the advantage of the French, although neither side was especially interested in house-to-house fighting in Elvina itself. 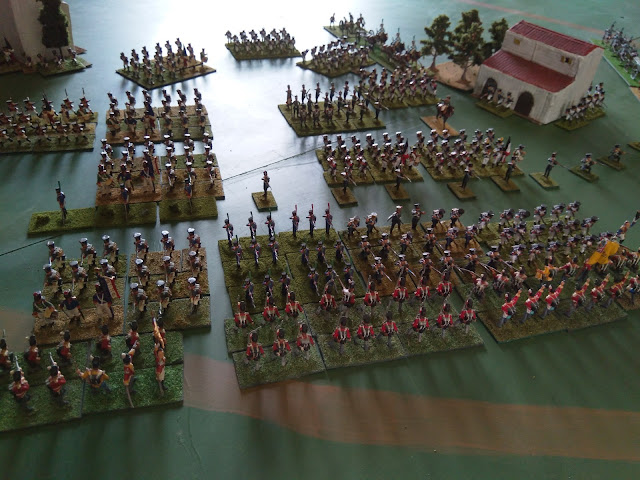 On the French right, it was a story of consistent success. Below you see the effect of a well-coordinated French attack on a British infantry line. That's the 1/92nd Highlanders in square, with their English comrades-in-arms hard pressed behind them. British luck was very uneven throughout the battle - on at least three occasions they won melees with '6's' against '1's', but there were also plenty of occasions where they failed volleys, never something you especially want to do with British facing French columns. 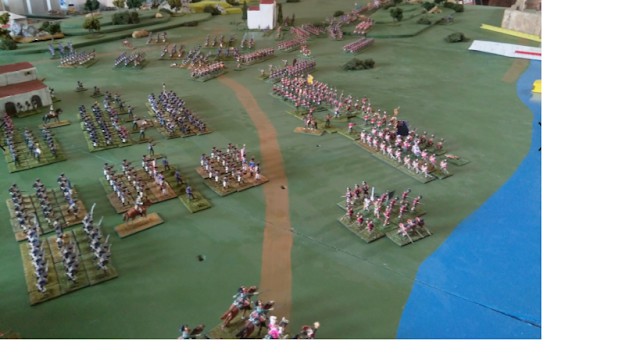 And then we saw a sight one does not often see: a broken British square. If it was not a good day for the British, it was especially not so for the Scots. Too many dragoons, too well-commanded. 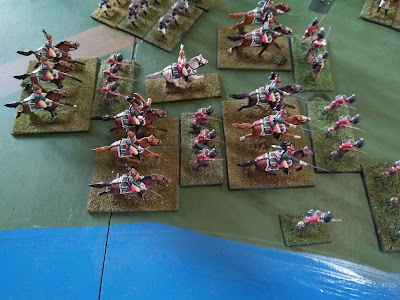 Pushed back, at the end of Move Eight Hope's division rallied against the odds and reformed, albeit demoralised. French morale sank. Had Delaborde been too cautious about the furnace after all? 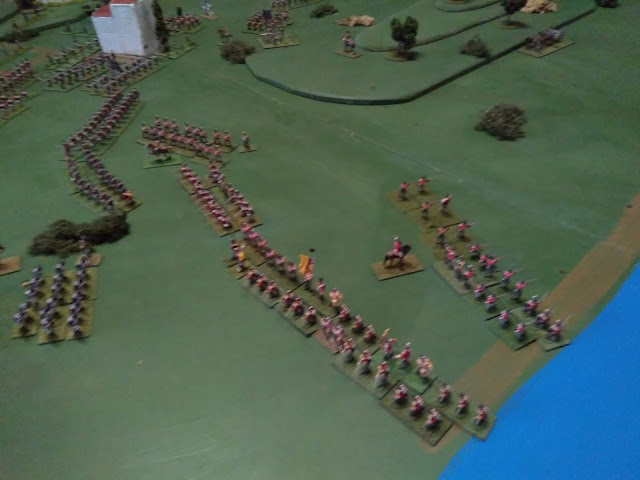 But it was not Hope's battle to win. As it was, he held on bravely against huge odds but the result was almost inevitable, eventually his division reached half-losses, failed its morale, and fled back towards Corunna. 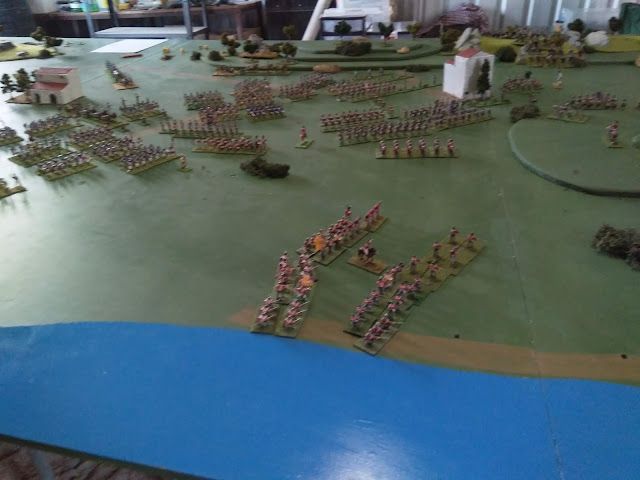 On the other flank, Marshal Soult had displayed understandable reluctance to throw forward Franceschi and Lahoussaye's dragoons. They eventually spent themselves in fruitless charges against the squares of the 1/38th and 1/79th of Paget's division that had eventually managed to pick their way around the army artillery thoughtfully deployed on the San Cristobal heights, but that was enough to take the shine off the British advance. If wars are not won by evacuations, as Churchill rightly insisted, then neither are battles won by forming square. Both are means of avoiding destruction. 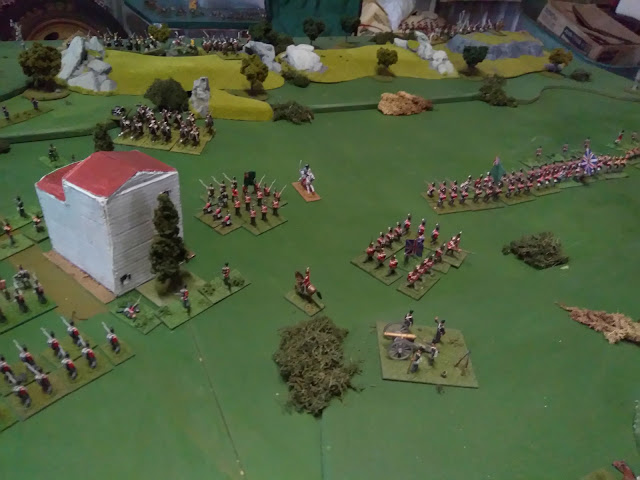 But Marshall Soult's men were tired, too. They had fought bravely, eventually putting one British division to flight and breaking several battalions in another, but as dusk began to fall, artillery fell silent at last, and the possibility of complete encirclement faded with the light.  Fraser's division had been completely unengaged, whilst Paget's division was almost completely intact. On the French side, four battalions had been broken, three in Move 6 and one the next move, several others were in retreat, and there were mounting casualties on the dragoons, one regiment of which was in retreat. And so it was that nine moves into the battle, even with three more moves available, both sides agreed to retire even as Lorge's dragoons were about to enter the outskirts of Corunna. 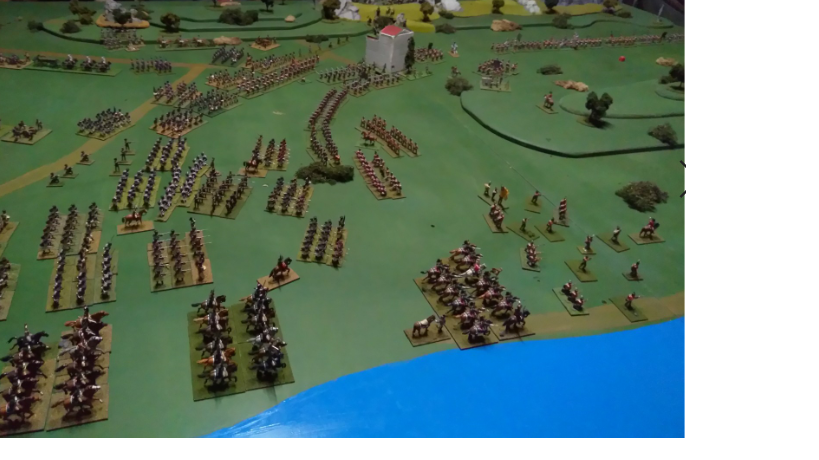 The British were thus free to evacuate overnight, and Sir John Moore lived on, never to exercise field command again. It had been a long, hard-fought battle at the end of a 'shameful disaster' of a campaign. Shako rules had again surpassed themselves in maintaining fairness and interest. No one thought that given the constraints they were under they could have done better, but we were left wondering: what would Wellington have done differently in defence? What of the Emperor himself in attack?


There are some magnificent other depictions of the battle available on line. Those I have seen and admired include the following