Click on the names of the battles to see his previous posts about his games of Lützen and Salamanca.

I think I made squares too strong. There are no rules for them in Volley &Bayonet as the smallest unit is a division but I felt you couldn't do Waterloo without them and had liked how they were handled in Shako. Unfortunately, my bodge didn't really work (or maybe it did - French cavalry bogged down amongst the allied squares - attack failed - historic result !).

Here are some photos of the game - I apologise as they are of rather poor quality as I had the camera on the wrong setting but they give you an impression. 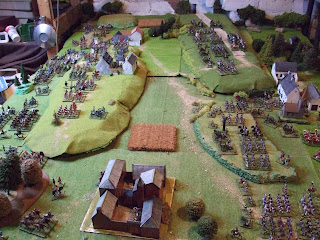 Overview of the battlefield with French to the right and Anglo-Allied on the left; Hougoumont in the foreground, La Haye Sainte at centre-left. 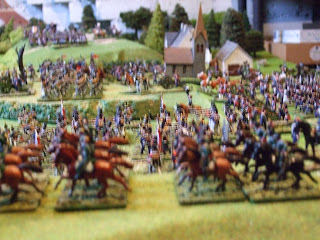 The ground rumbles as the French cavalry thunders past! 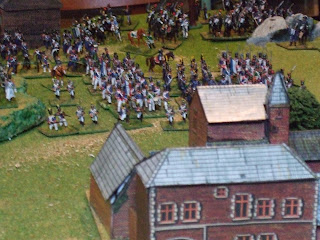 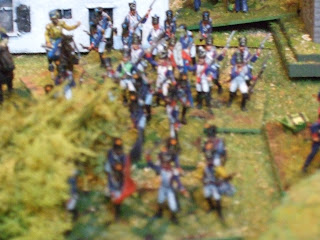 Close-up of the attack. 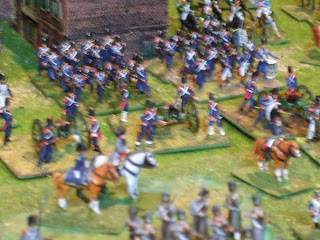 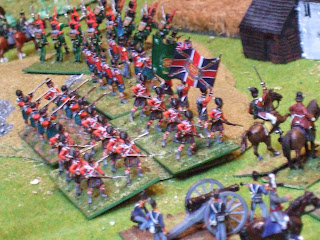 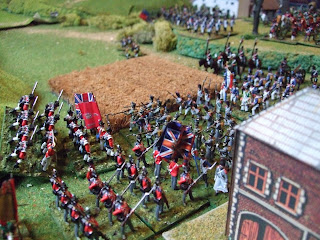 The clash in the centre. 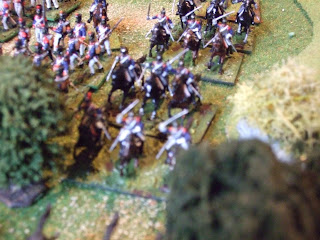 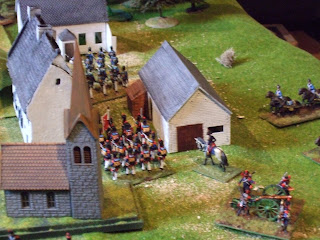 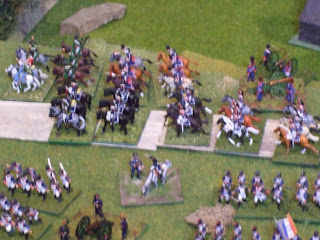 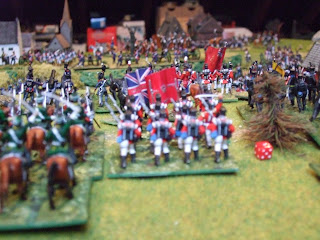 Artillery duel in the centre. 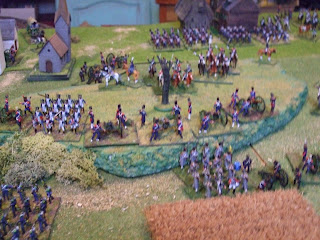 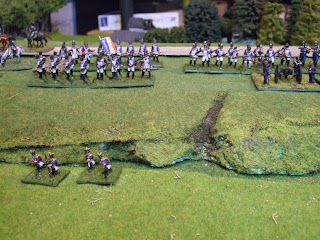