The Serpentine boys put on a great show, thanks to John, Mitch, Neil and Dave, and the rules are going pretty well for the first real test. We are averaging an hour per hour (done in two 'part-turns'), which we reckon is good going.

The French have now attacked all along the line, so we expect to come to the critical point of the game soon.

Here are some photos of the situation at this point. 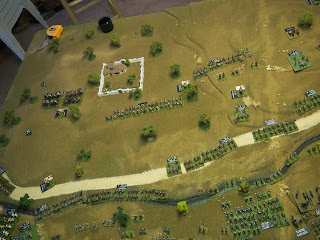 The southern end, Portiña Brook towards the bottom, Anglo-Spanish at top 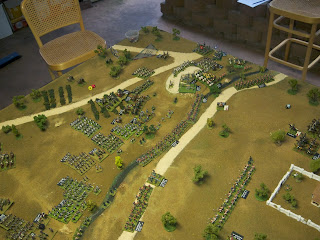 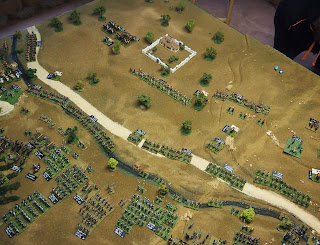 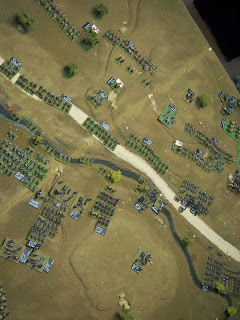 Table centre, Cero de Medellin is just off photo to the right 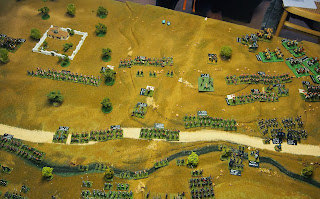 One more of a similar area 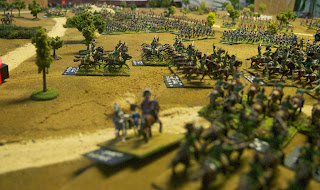 A close-up of Victor encouraging Latour-Maubourg's cavalry to activate their orders. 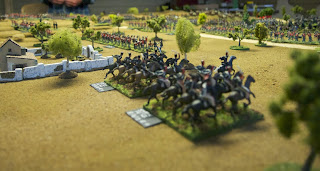 Cotton's cavalry; one of the remaining British 'plugs'. 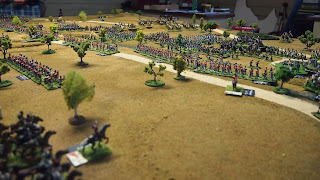 The centre from the Anglo-Spanish side. 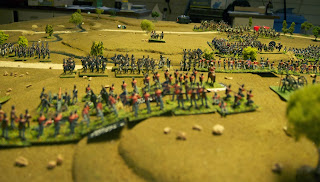 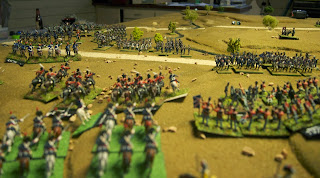 Above and below: the Anglo-Spanish left flank to the north of Cero de Medellin. 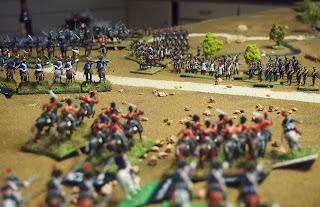 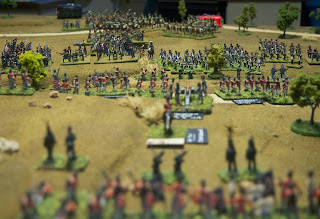 To the south of Cero de Medellin.
Posted by James Fisher at 21:16