On 23rd July, Napoleon ordered Marshal Oudinot (II Corps) to establish his headquarters at Polotsk and to destroy the Drissa camp so as to secure the rear of the main French army as it advanced deeper into Russia. Considering that the marshal was facing around 10 000, rather than the 30 000 that Russian General Wittgenstein actually commanded, Napoleon urged him to attack the Russian forces. Oudinot thus advanced towards Kliastitzy. Seeing an opportunity, Wittgenstein decided to attack first.

The vans of the two armies clashed clashed near Filipovo on 28th July. General-Major Kulniev with a mixed force of his Grodno Hussars, #4 Don Cossacks and a squadron of the Lifeguard Hussars (8 squadrons) met General Corbineau’s 6th light cavalry brigade consisting of 12 squadrons of the French 7th and 20th Chasseurs, and a Polish uhlan regiment.

We re-fought this action as our second game using the Capitán Napoleonic Wargame Rules for Company & Squadron Level Actions. We used the second edition (commercially-released version) of the rules. This set clarifies some of the questions that we had from our game using the first edition of the rules.

This is a much belated photo-report of the game, our first for 2014, which was played on 19th January. 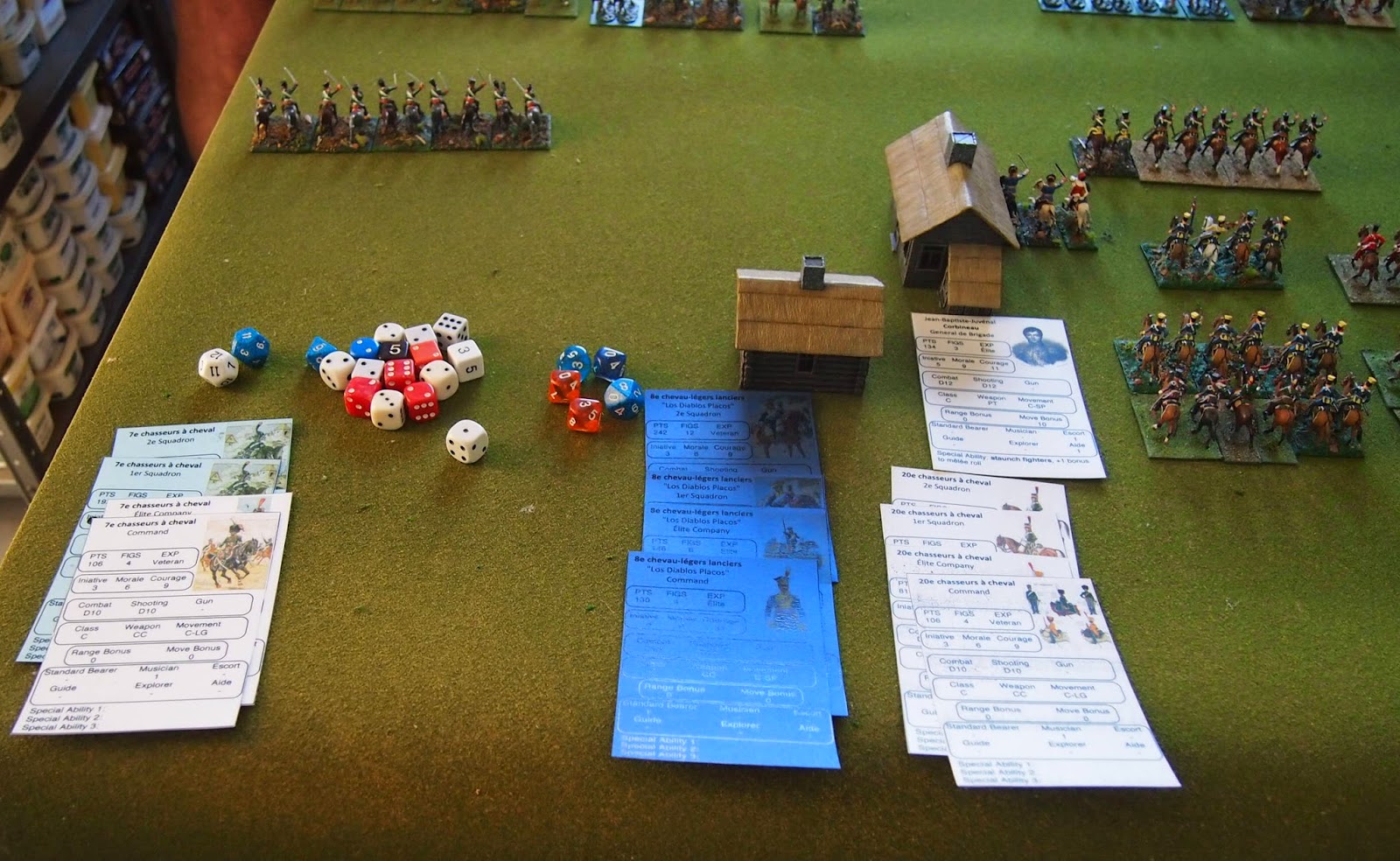 Table-set up for the French (above) and Russian (below) sides. How about those for labels 'Marc'? You could almost play without the figures, except that would eliminate one of the key drives of the hobby...! 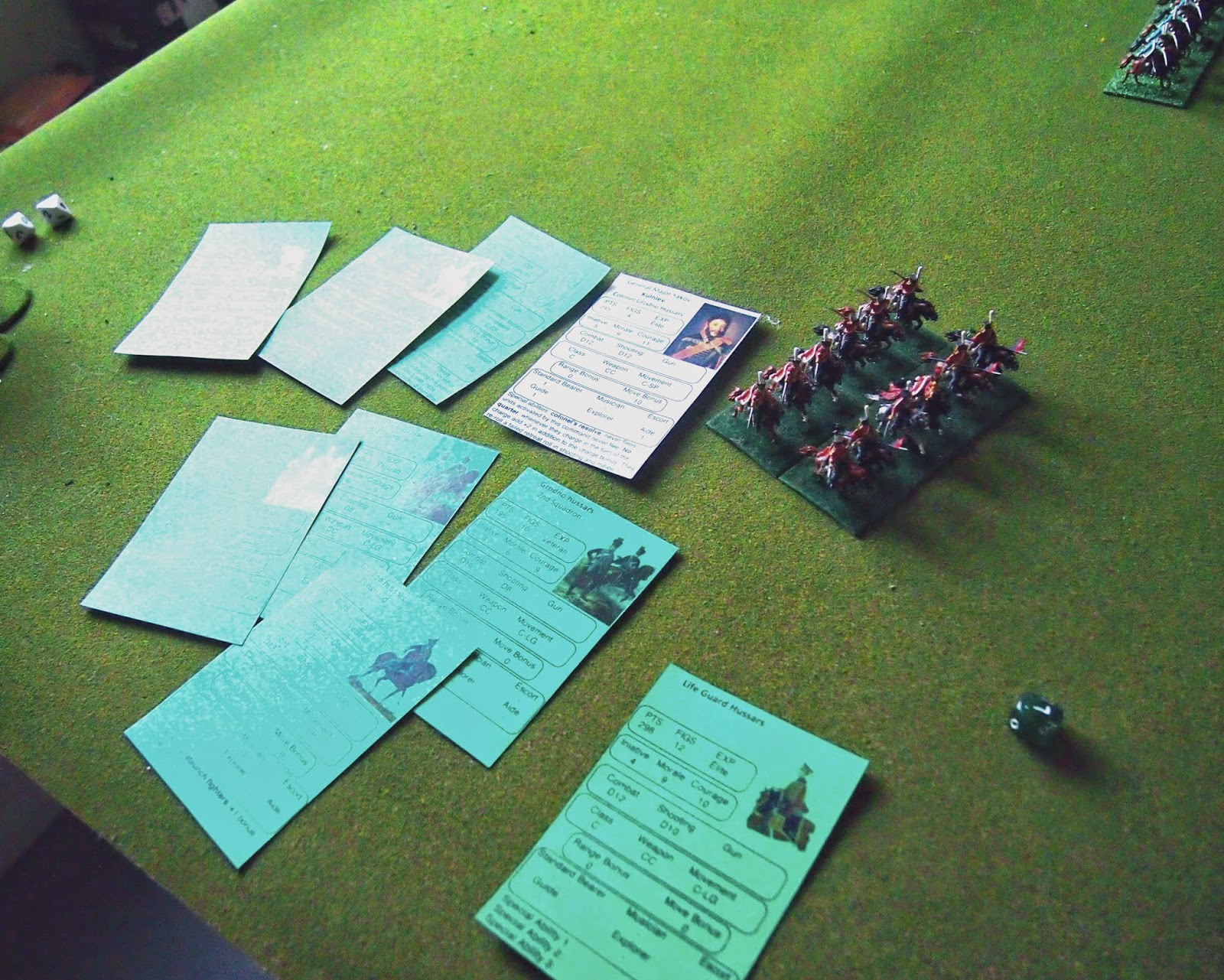 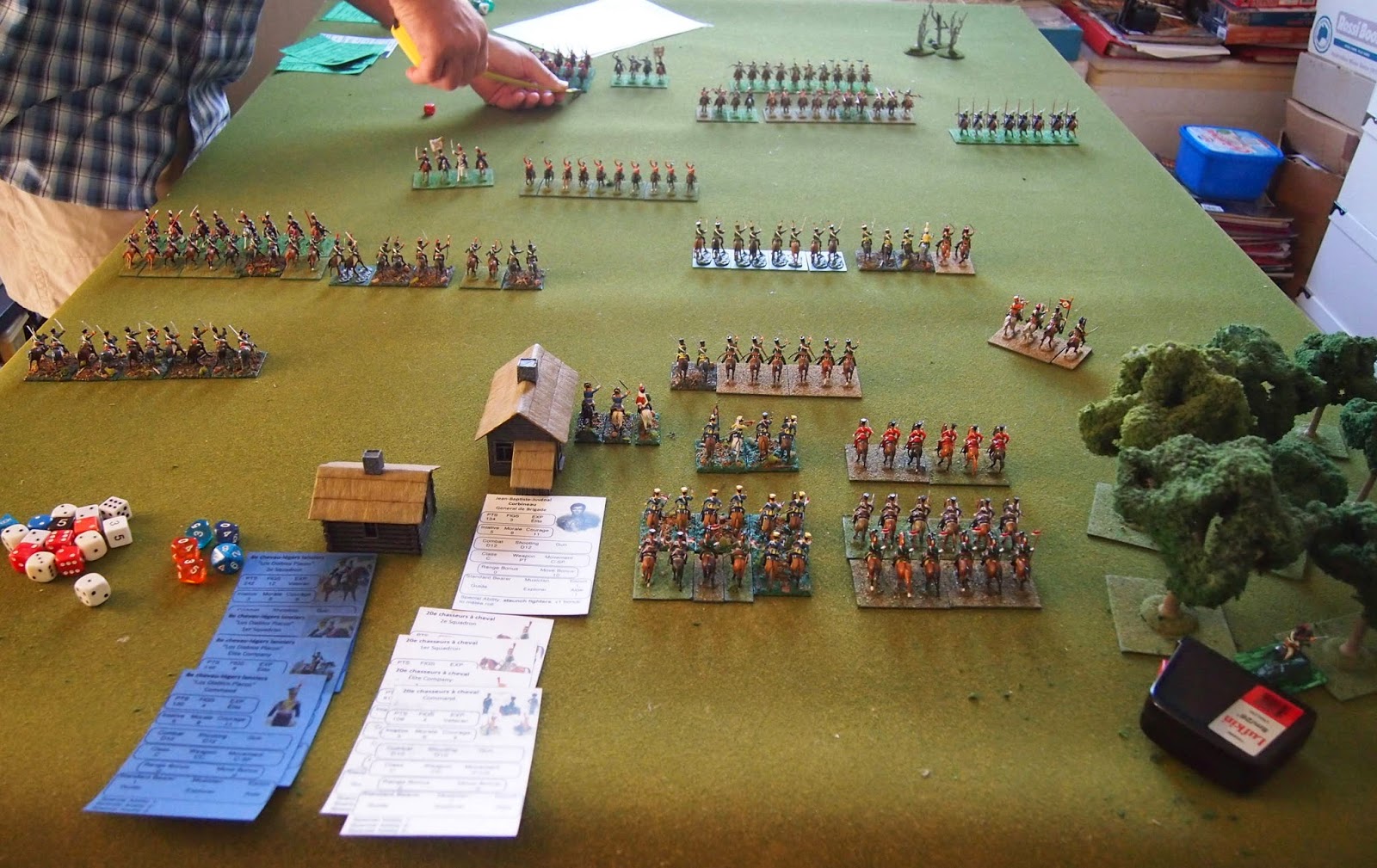 Early moves as the two sides jockey for position.

Early stages of the mêlée, seen from various vantage points. One of the key aspects that was clarified by the second edition of the rules was the manner in which figures 'pile in' in a mêlée, with figures lined up and others as support behind. This did lead to some 'novel' representations on the table-top! 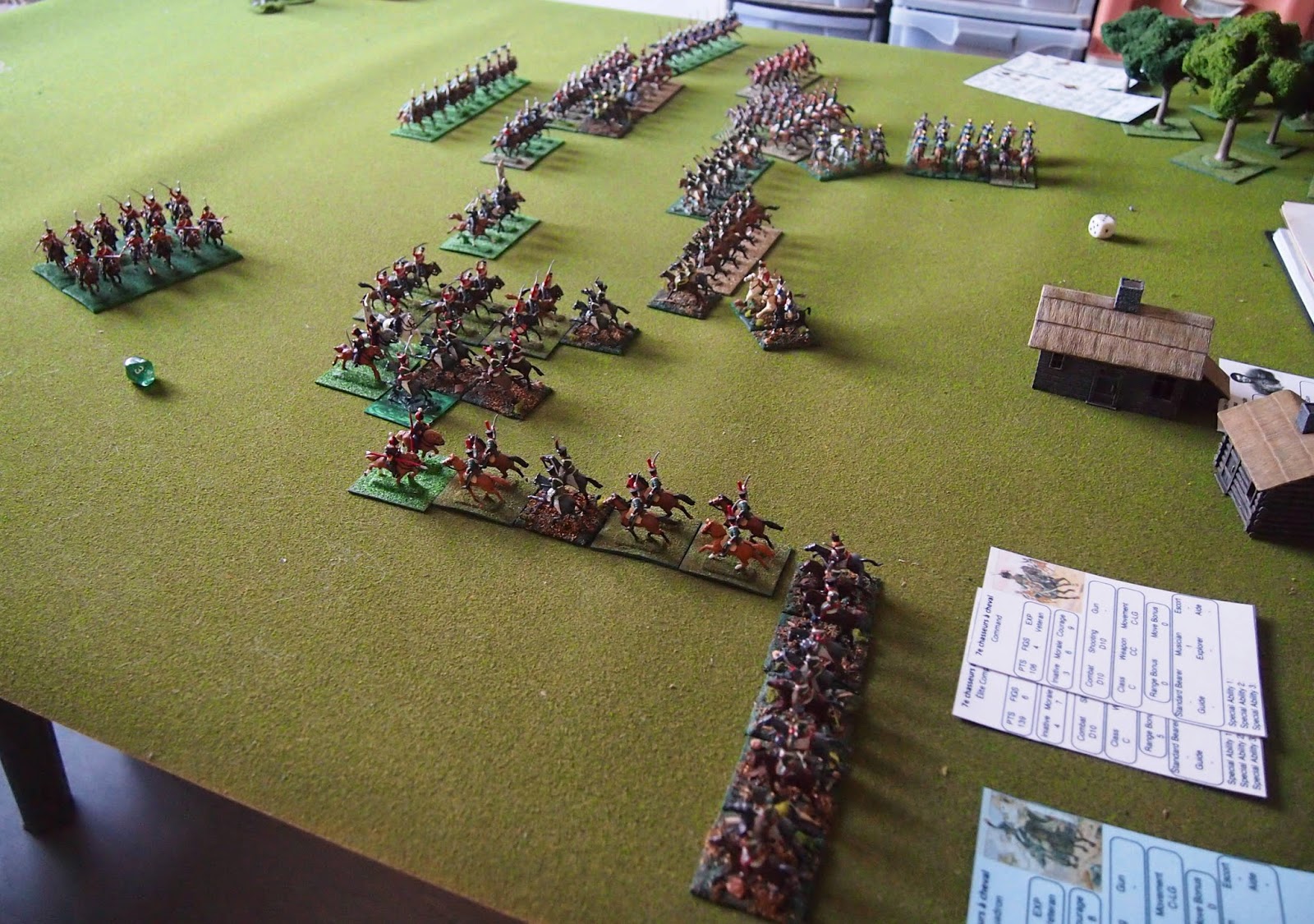 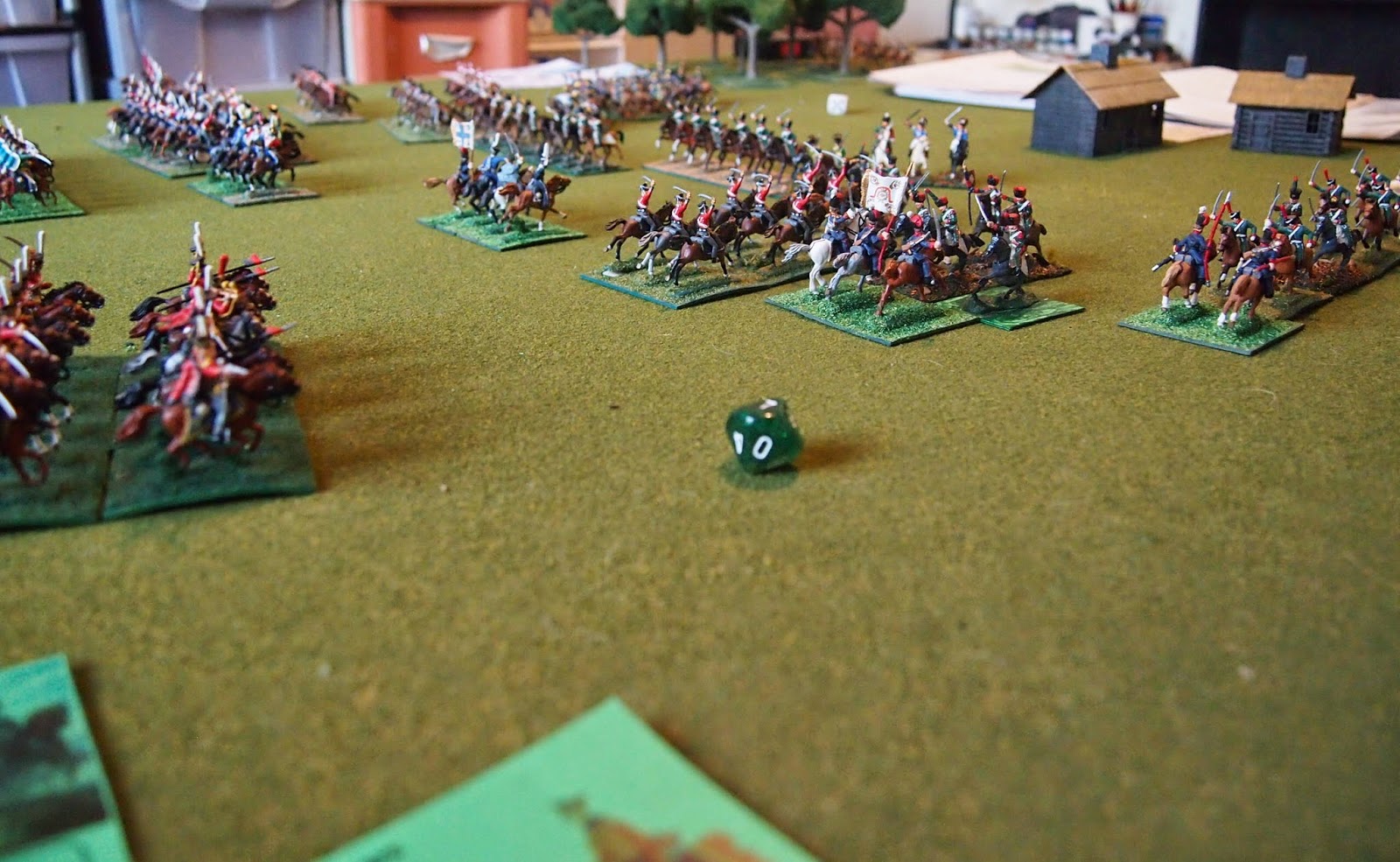 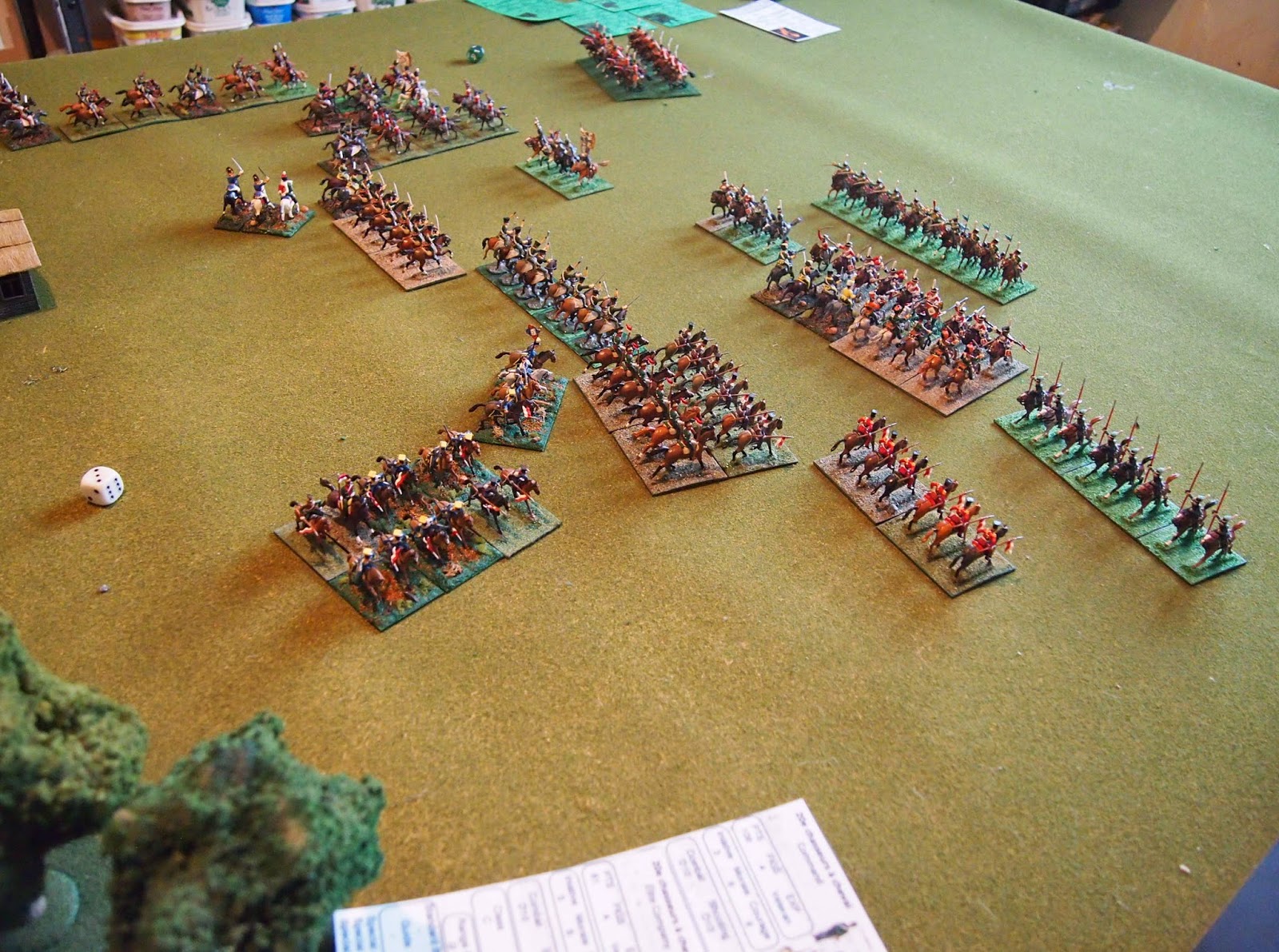 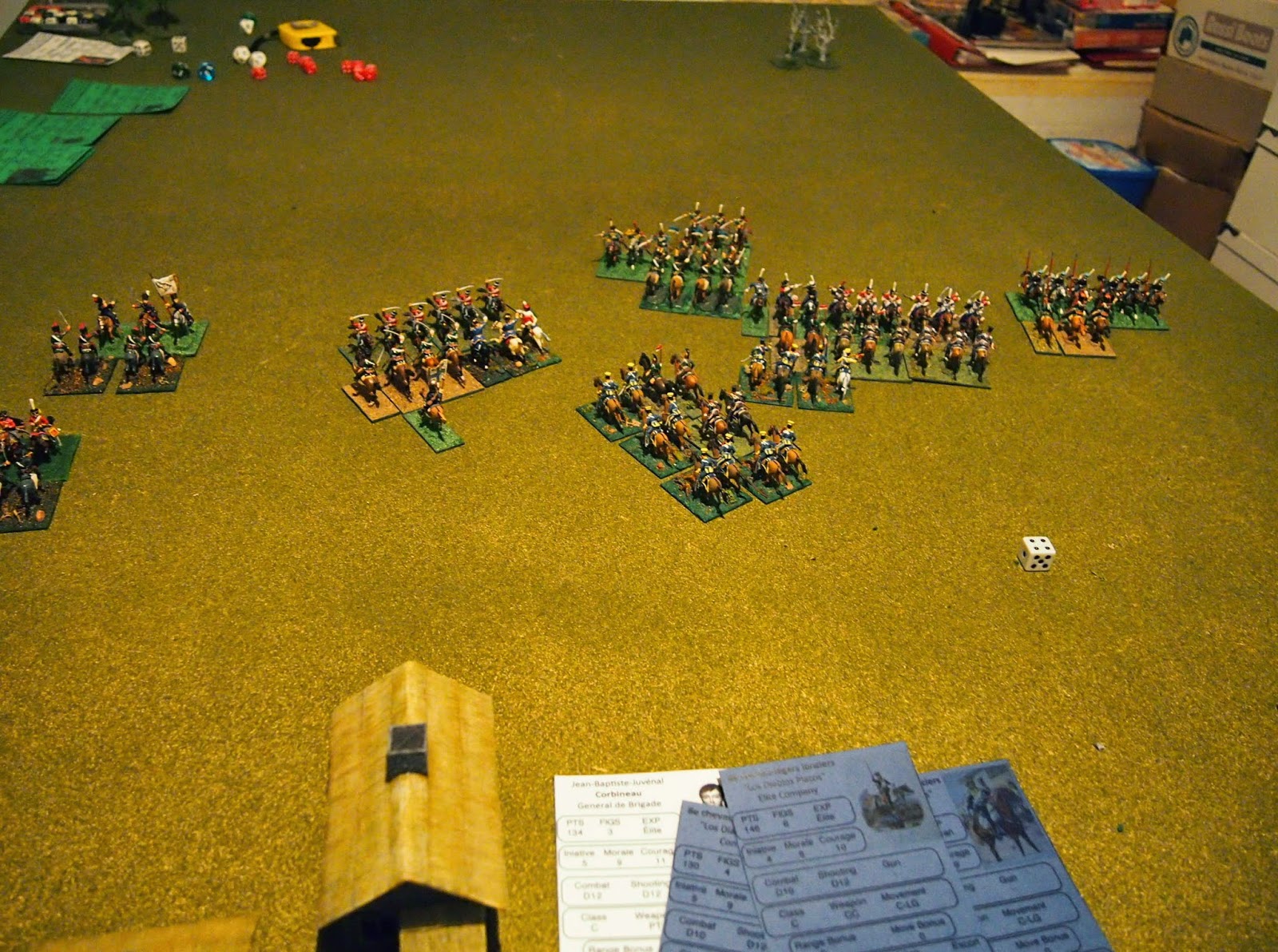 Towards the end of the game (we'd gone from late arvo' to early evening, hence the change in colour of the tabletop!). The Russians had the better of the individual mêlées and won the game which had been a bit of a slugfest. 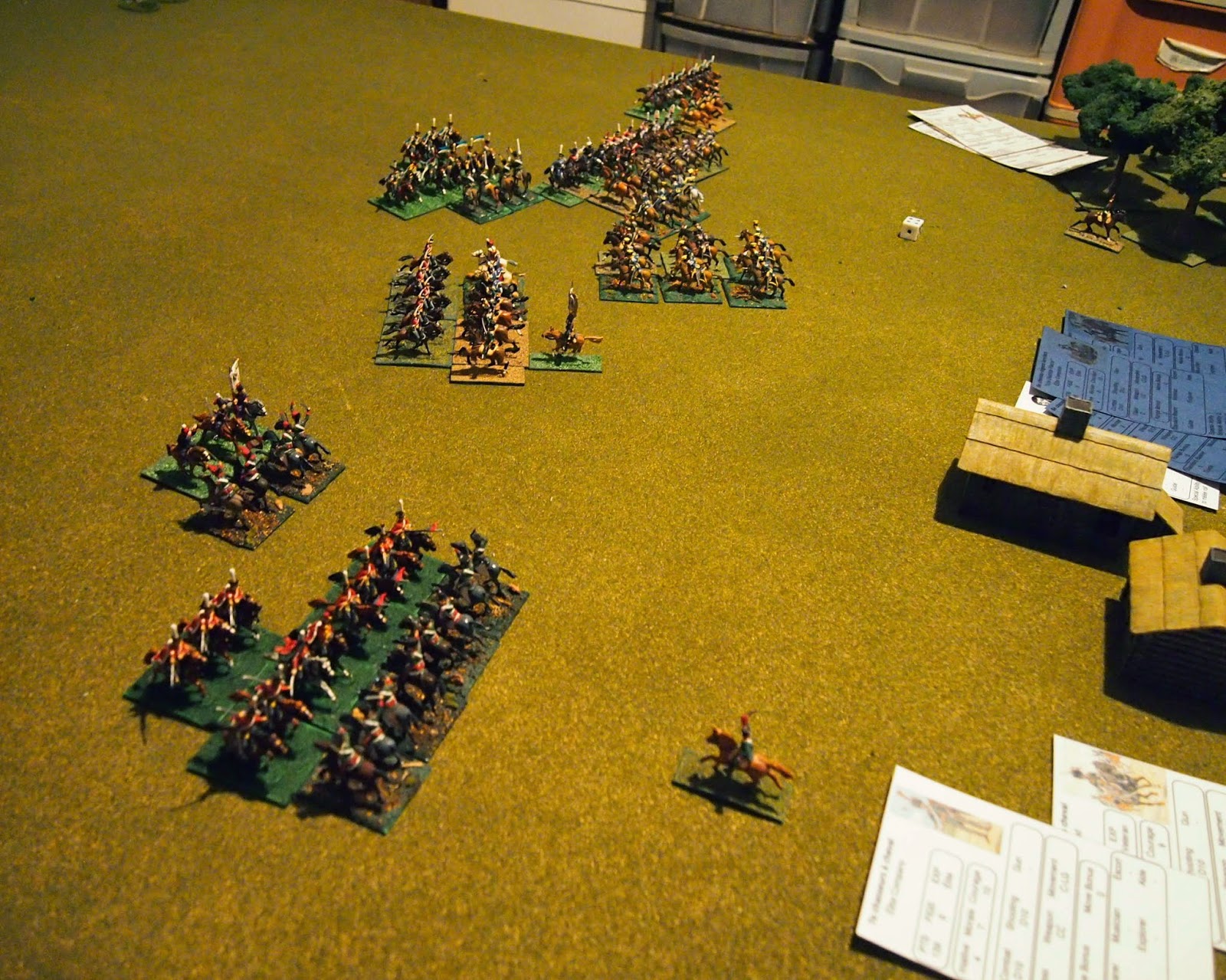 It was another enjoyable game, but I think that both of Mark and I are far more comfortable at the grand-tactical level, rather than with this ‘cowboys-style’ of game. That said, we’ll use ‘em again sometime as a change of scene. I must find a suitable infantry combat or combined arms action. I’m thinking along the lines of part of a larger battle…