I'm a bit excited, I have just finished my first units of Swedes for the Great Northern War. 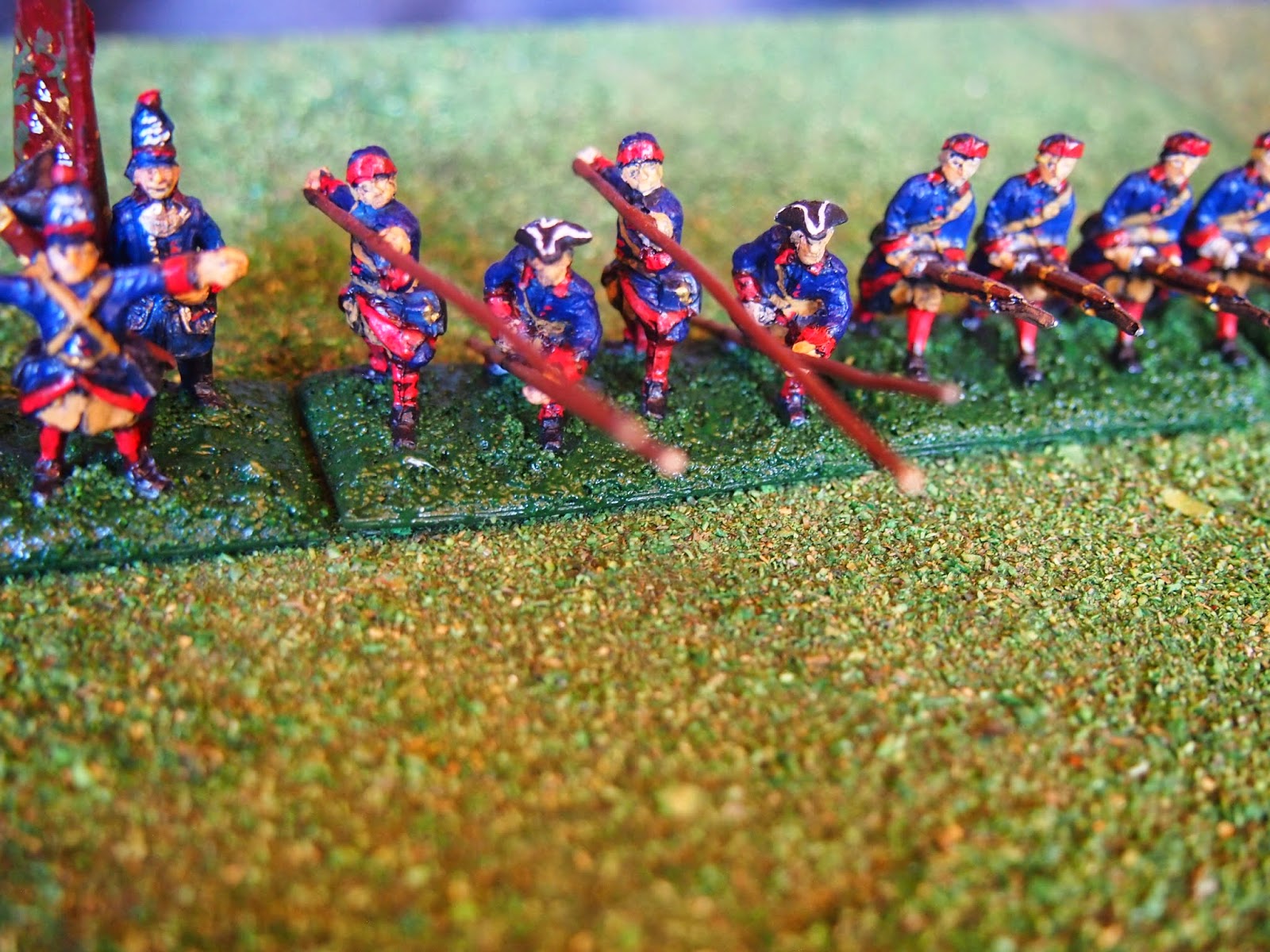 Gå På! I particularly like these two pike figures from the Mars set (pikes made using wire)


As I mentioned in my review of the Gå På rules, the Great Northern War has been a period of interest to me every since my father introduced me to it c/- Almedingen’s Lion of the North. It's only now, with the combination of my wargaming renaissance, thanks to combining with Mark and Julian to form our little group of like-minded wargamig amigos, plus the availability (since the late 1990s) of lovely 1/72nd figures for the period from Zvezda, Strelets and Mars that I am ready to make it a wargaming reality.

So, whilst the principal game that we are preparing for at present is the bicentennial of Waterloo, I am allowing myself to slip in a unit or two of troops for the Great Northern War along with my Napoleonic French, so as to contribute to our developing capacity in this period. 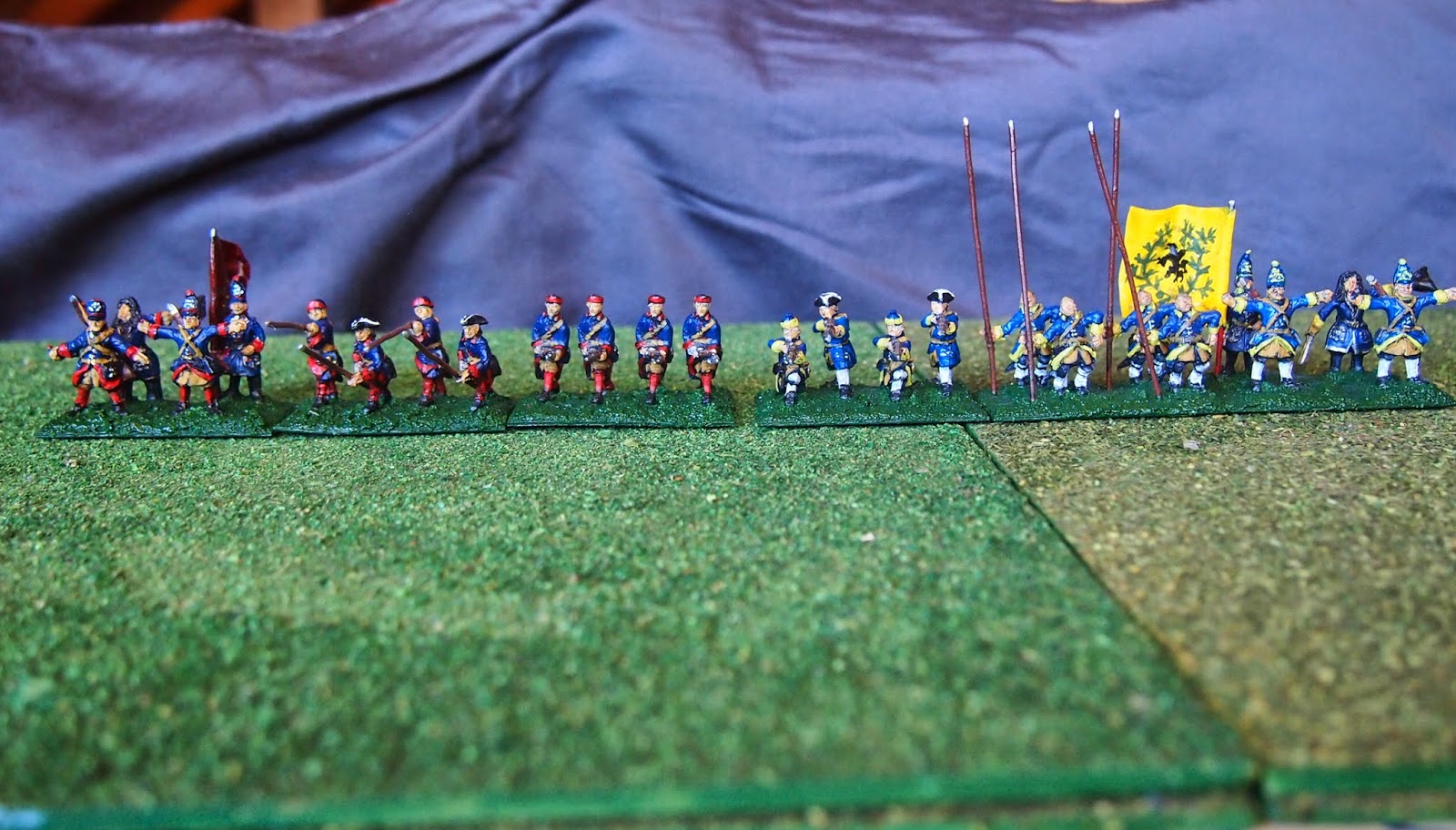 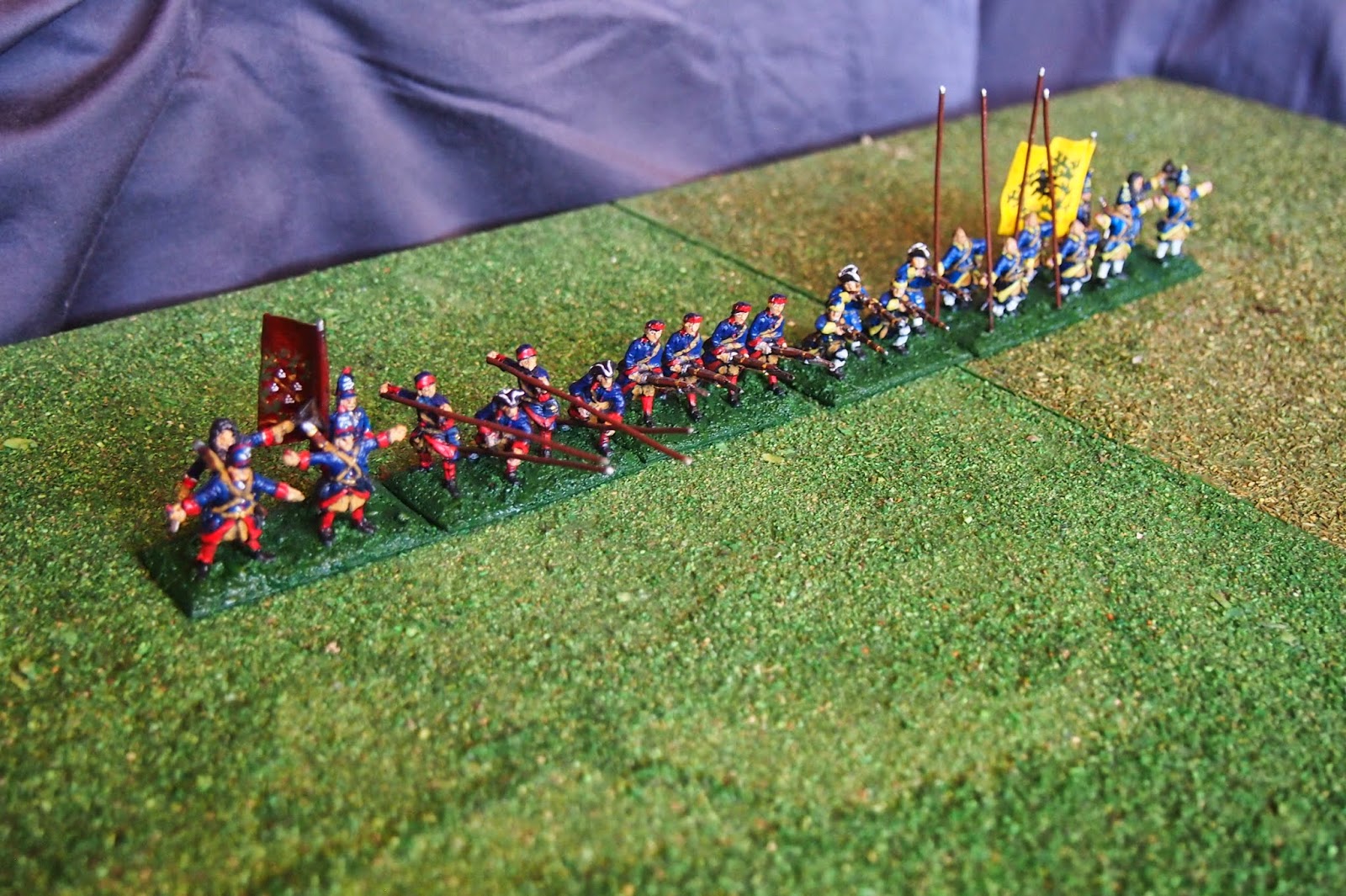 The first figures that I decided to paint were Mars Swedish Infantry. While they did not impress our friends at Plastic Soldier Review (PSR)* I knew immediately that I saw the pictures on-line that they'd be the sort of figures that I would like to paint.

* I encourage anyone interested in a full review of the set to visit Plastic Soldier Review. 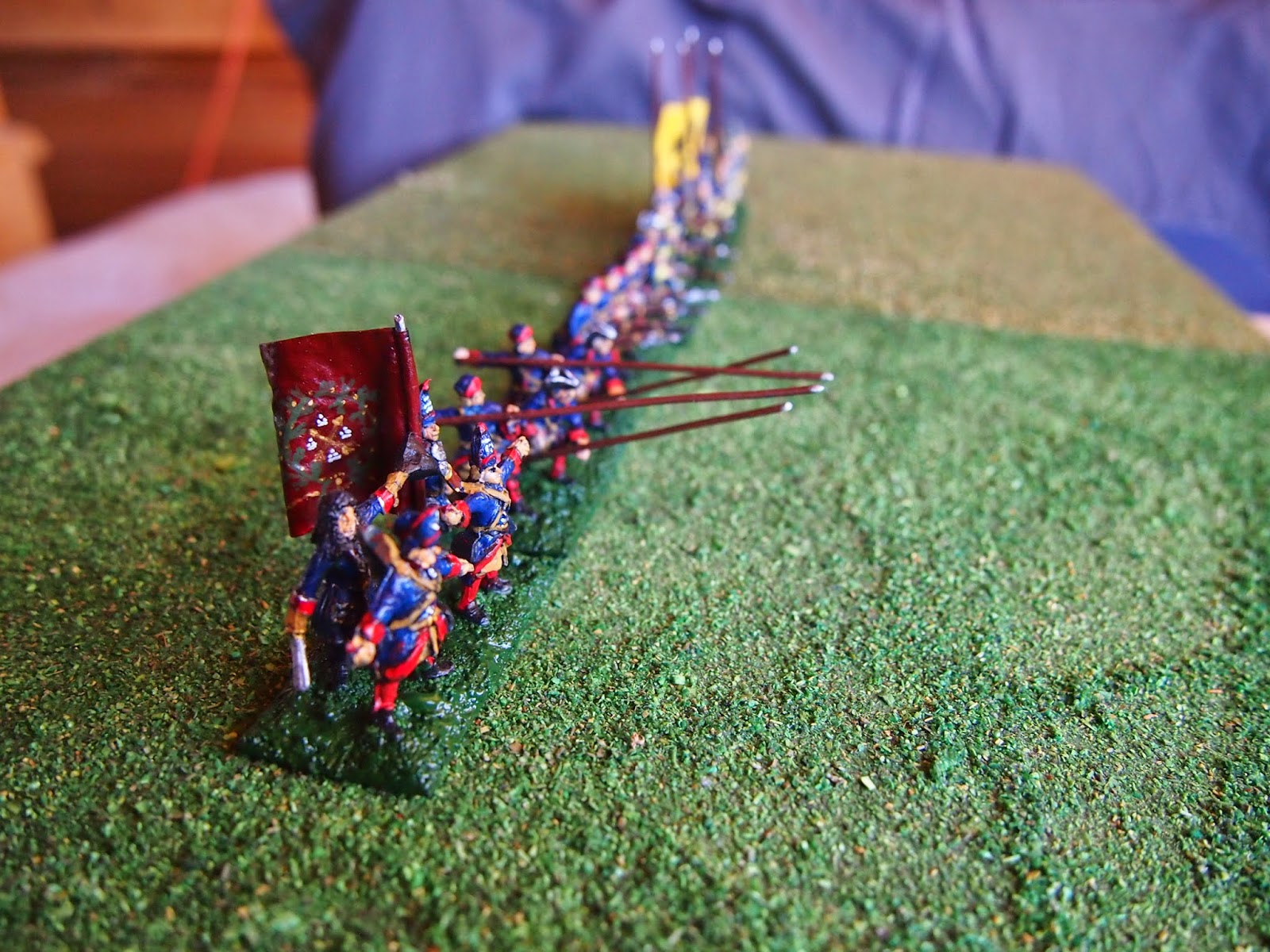 
The reasons that the reviewer on PSR puts forward for being less than-impressed with these figures—'rough' mould, the nature of the poses and generally large build of the figures—are the aspects that attract me to them. (That's one of the many marvellous things about PSR. The aspects that lead the reviewer to form his opinion are clearly given, so It matters not whether one agrees or disagrees as the review and accompanying photos make it easy to form one's own decision). I thought that they'd look great when painted, even by a painter such as me who is average, at best. 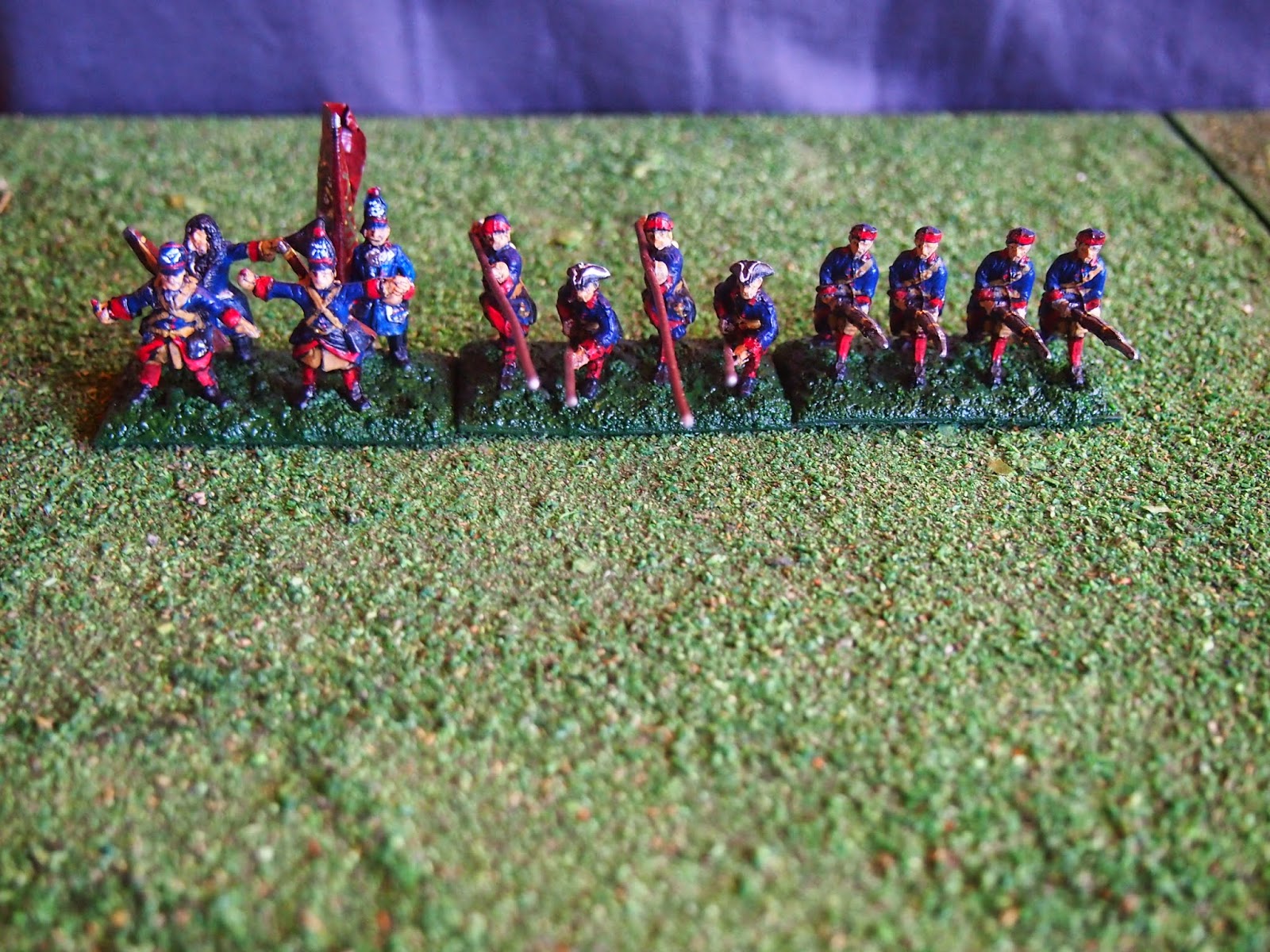 The uniform details came from the descriptions and pictures in volume 1 of Höglund and Sallnäs' marvellous two-volume uniform books of this period. I painted the Närke-Värmlands regiment (above) with the red stockings that they wore from around 1704. 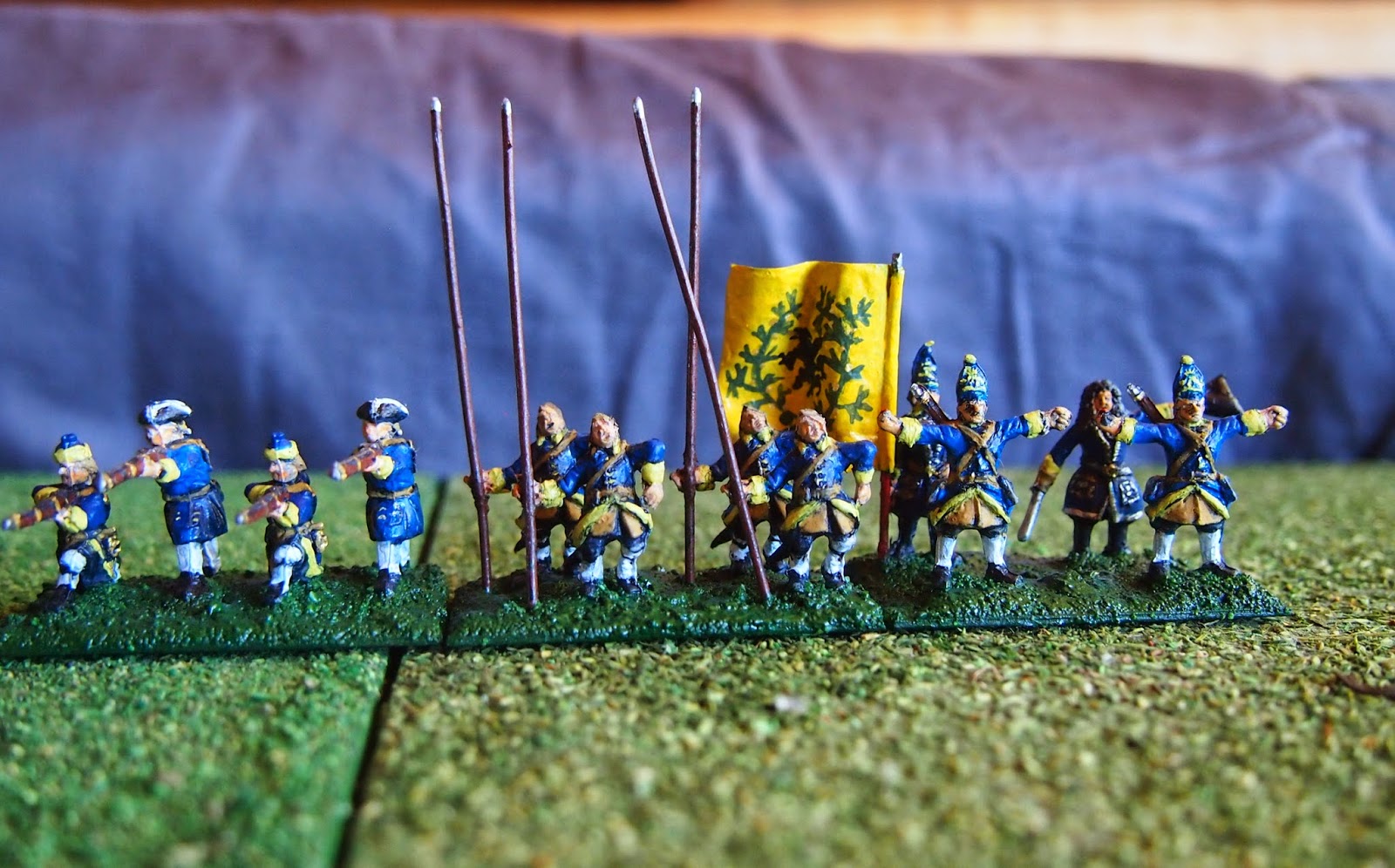 The Södermanlands regiment are sporting the white stockings that they wore from around 1702. The standing pikemen is a simple conversion of a wounded figure which I think worked quite well.


Our 'standard' unit size for the 18th Century is 12 figures of infantry, although units of larger size can easily be fielded, especially with the Gå På rules. I have one more full unit to paint using these Mars figures, so plan to paint them as the Västerbottens regiment.