Book Review: Crossing the Berezina, A Victory During The Retreat, by Francois-Guy Hourtoulle, Denis Gandilhon and André Jouineau
I was so pleased to collect this book from our PO Box today that I had to read and review it immediately! This wasn’t a big task as Crossing the Berezina, A Victory During The Retreat is predominantly a picture book. The combination of the uniform plates, reproductions of famous paintings and diagrams all in a beautifully produced, hardcover publication make it a wonderful book to drool over. This, plus the details of units, commanders and, with cavaets, the main text, make for a useful source of information and a fine memorial to Francois-Guy Hourtoulle. 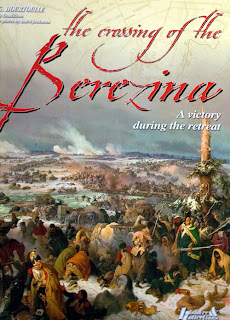