Battle of Vercellae, 105 BC (fictional)

The second battle in our mini-campaign (played on 24th April) looked like a much better prospect for the Romans. After the disaster in Arausio, the other two armies, which I had nominally assigned to Gaius Marius and Quintus Lutatius Catulus, met the weakest of the barbarian tribes, the Ambrones in the region of Vercellae.

The priests made sacrifice and the omens were good. The 173 cm general felt confident in the knowledge that the real battle of Vercellae (in 102 BC) had been the scene of Marius’ victory over the Cimbri and Teutones. Surely a few Ambrones would be easy pickings?

As with the previous game in Arausio, we rolled for our generals. Marius and Catalus were obviously having a bad day. Rather than getting the expert (?) and fair generals of Arausio, the two received ratings of incompetent and cowardly respectively. At least Mark had also rolled badly (incompetent) for his commander. 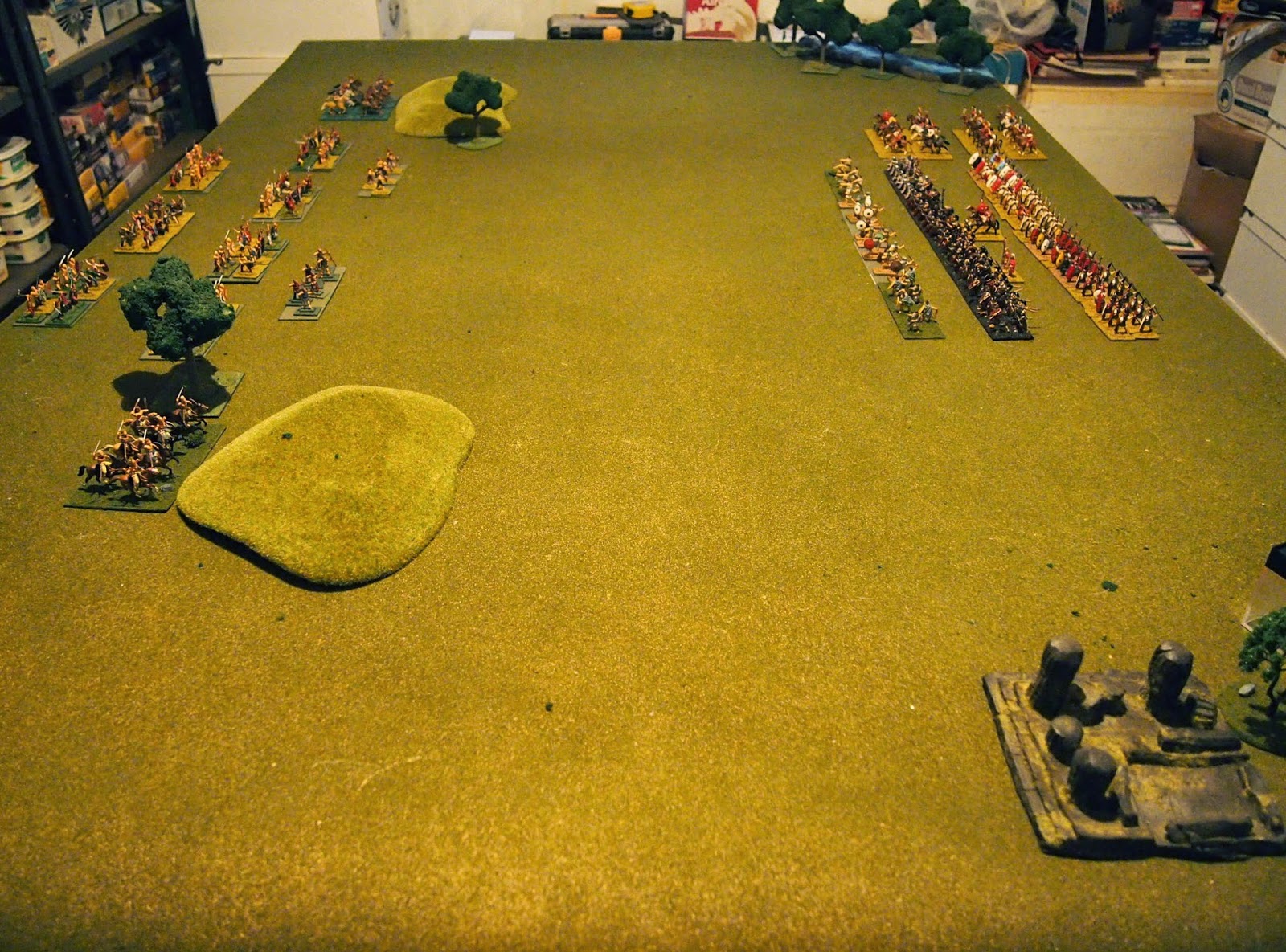 The armies face off: Romans at right, Ambrones at left. Close-up of each below. 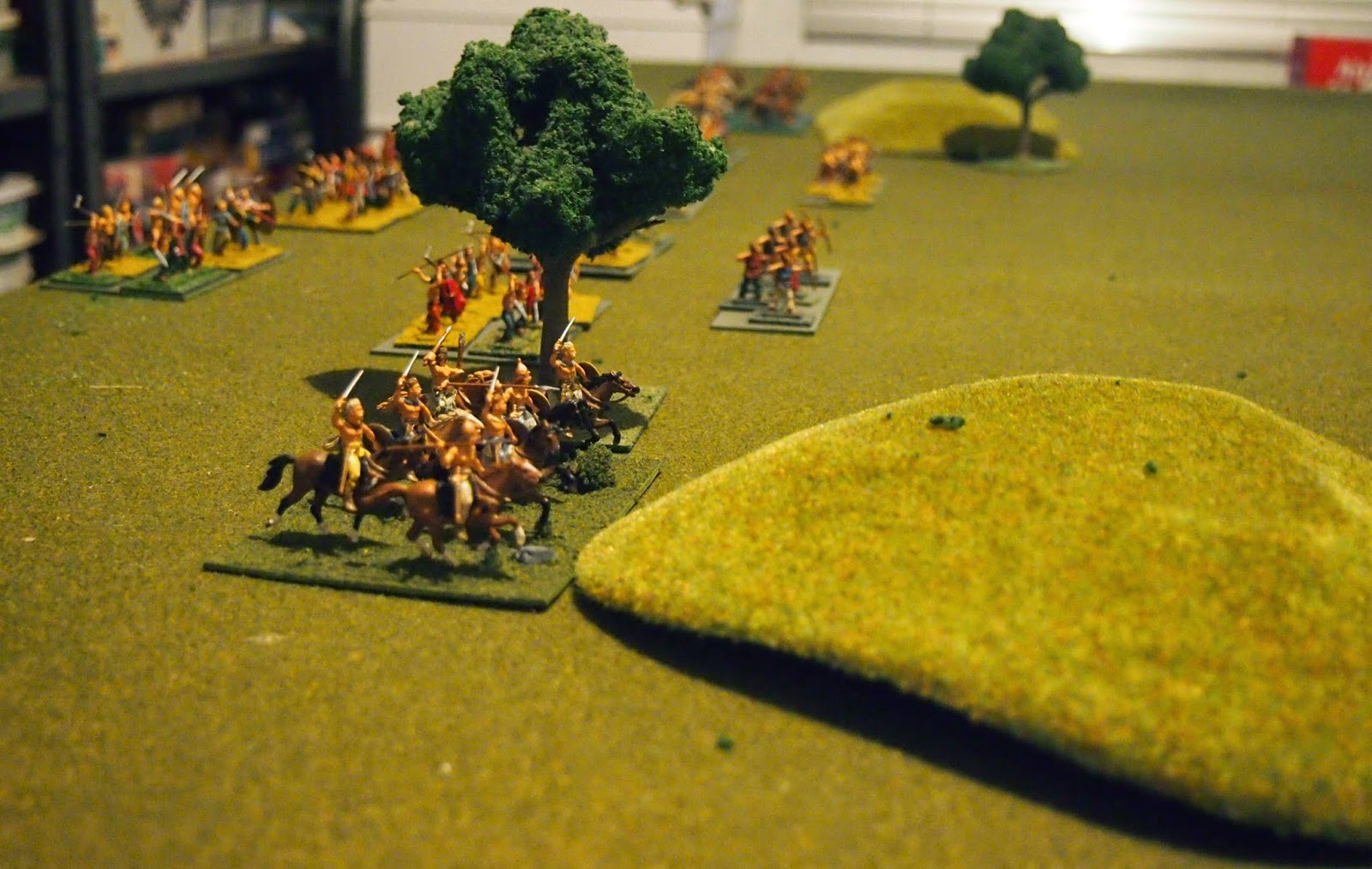 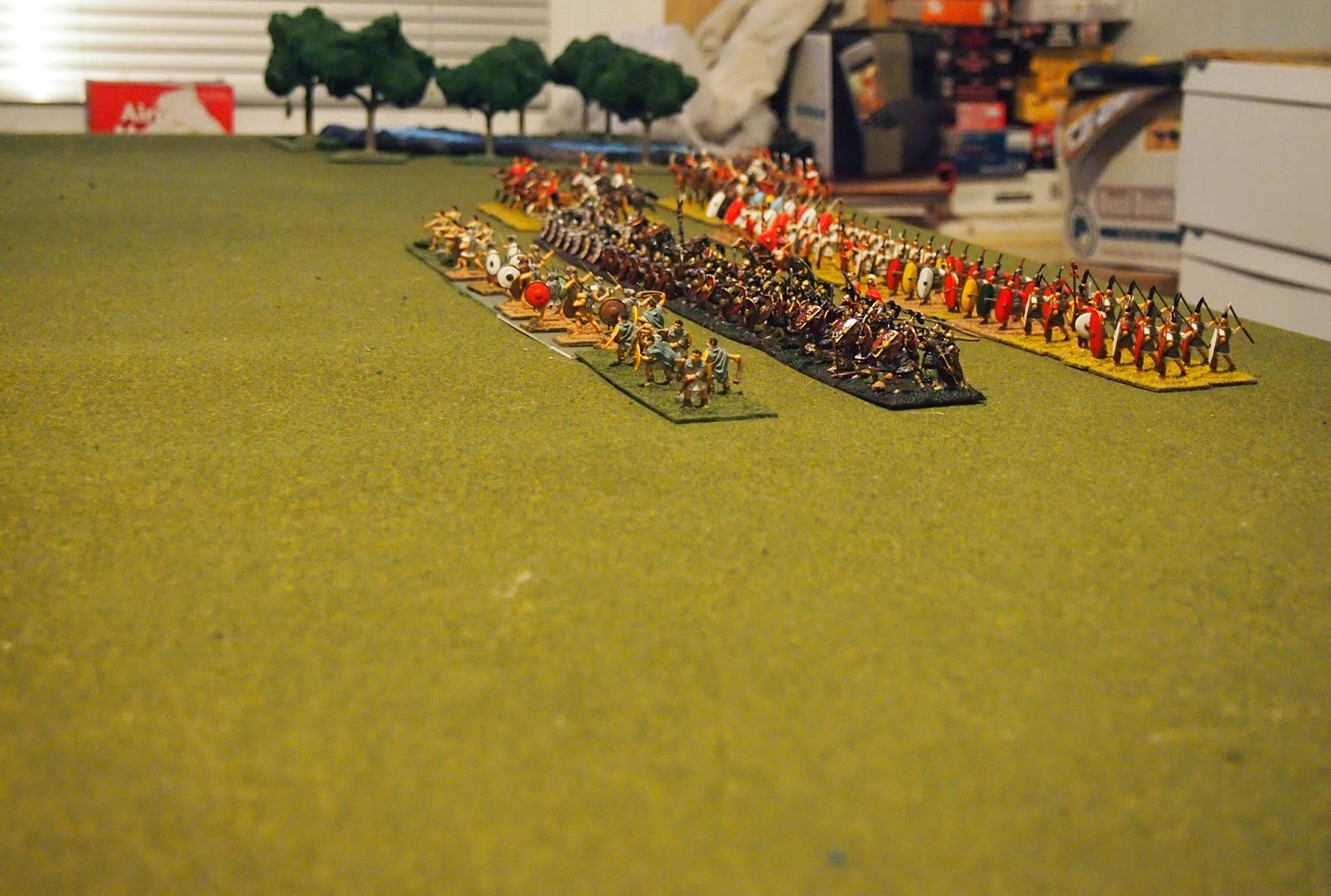 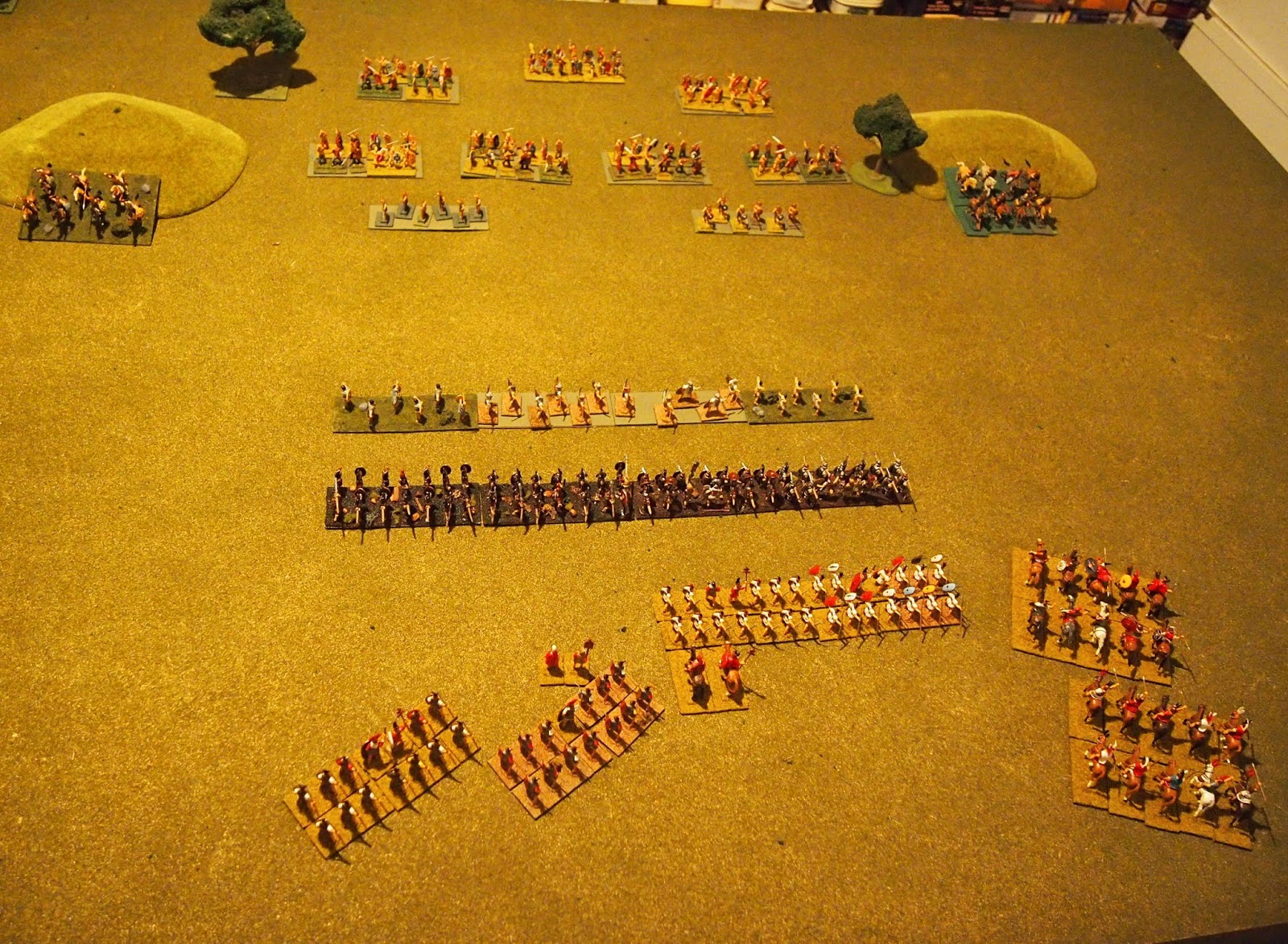 Marius decided to mass the skirmishers from both commands in front of the legionaries from his command, to combine the Roman and Italian cavalry on the right flank, using part of the rear line of legionaries (from Catalus' command) to protect the left flank. 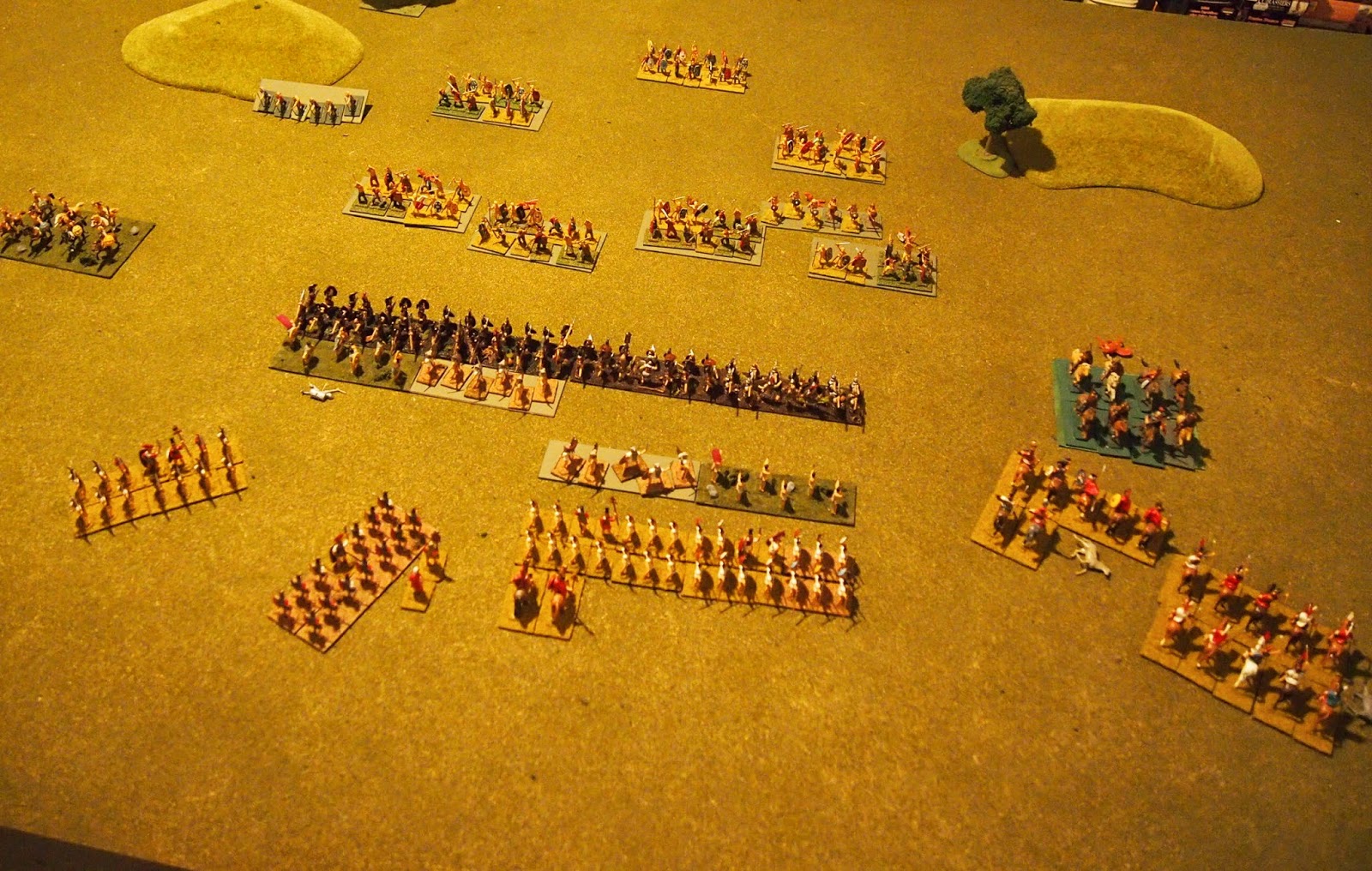 The Ambrones surged forward, the left-most cavalry getting the better of the Romans 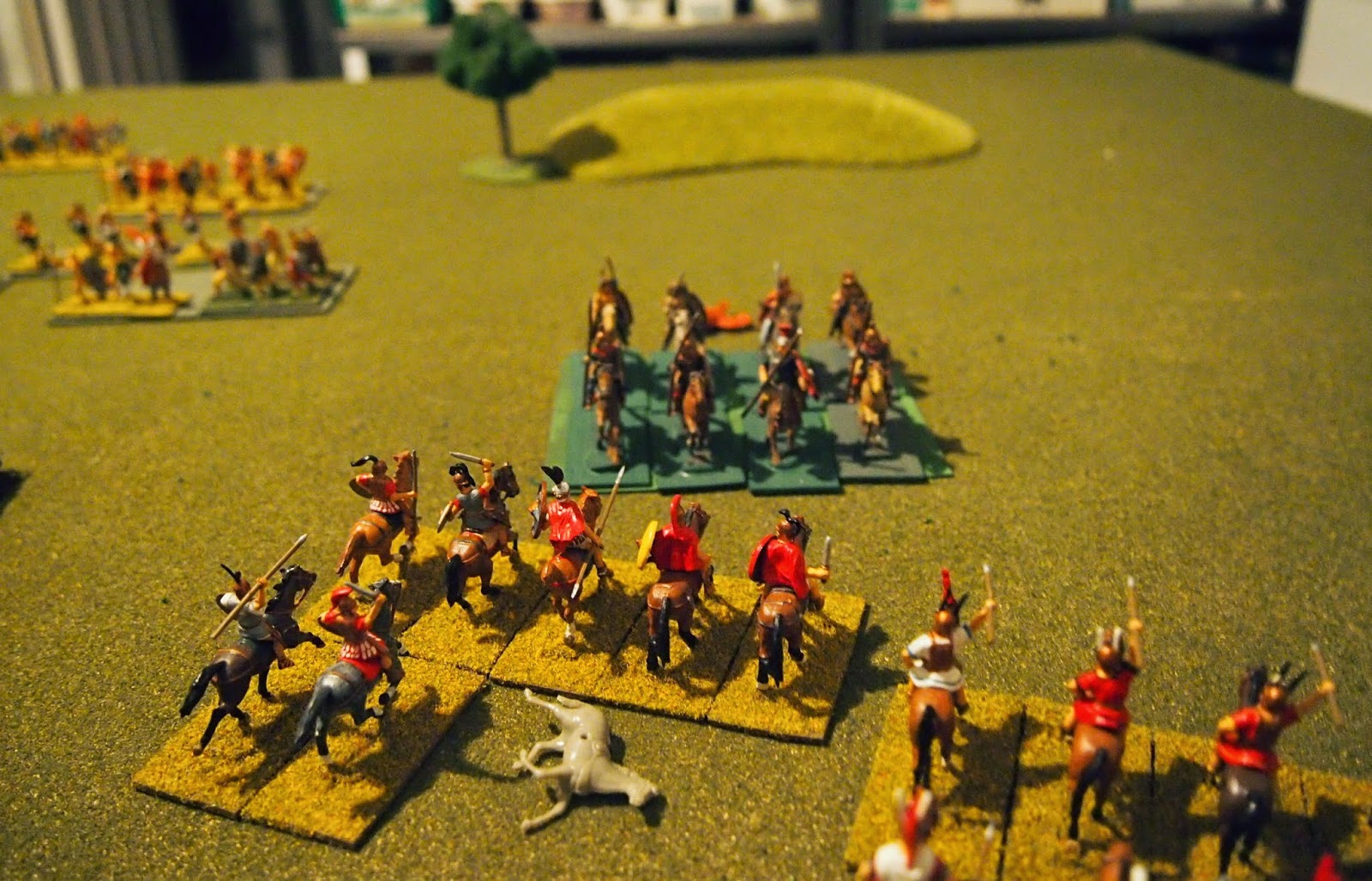 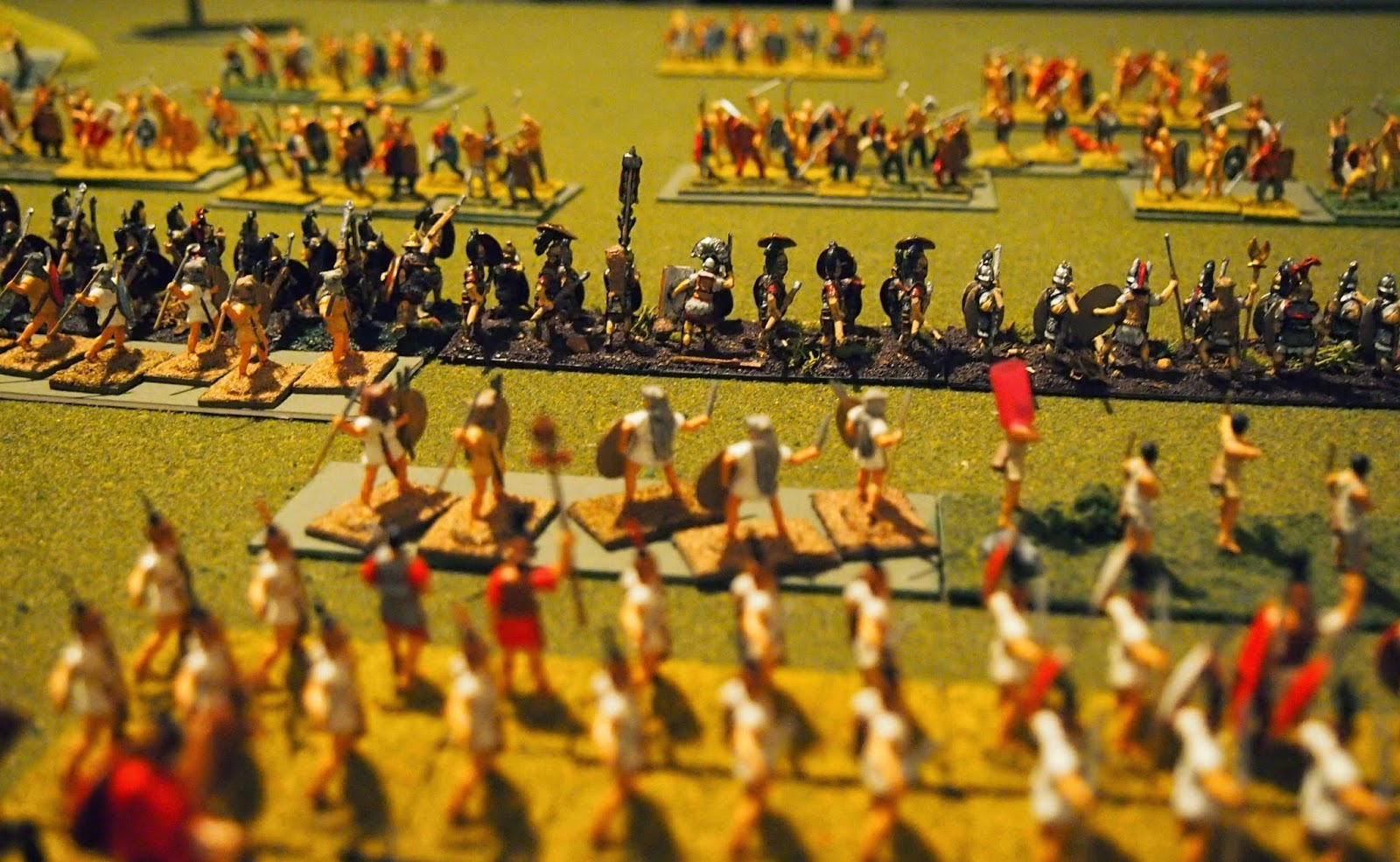 Marius's legionaries made for a solid, imposing looking line, upon which the Ambrone war bands advanced. 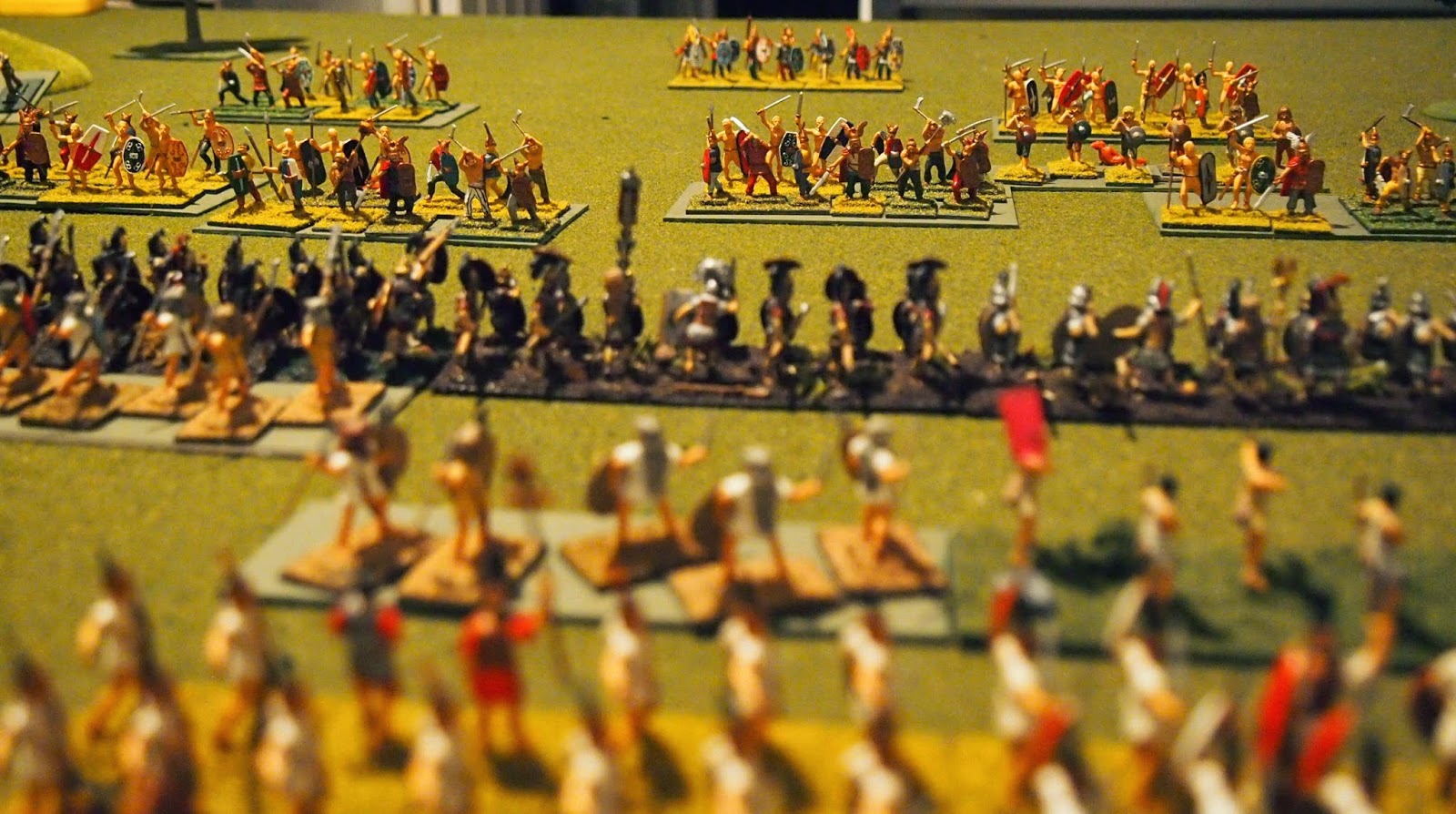 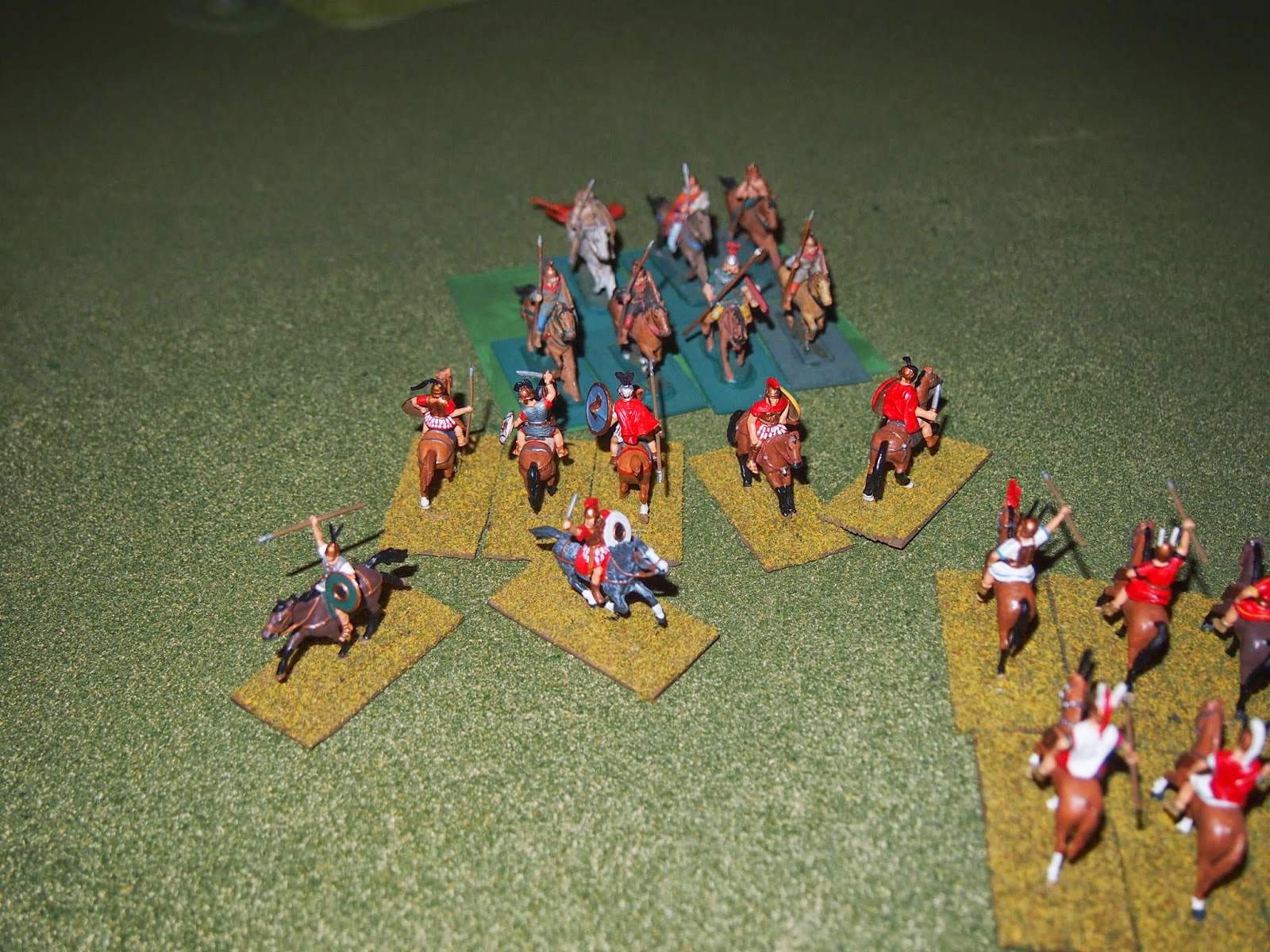 As the Roman cavalry on the right flank melted away ("the chasseurs of the ancient world", quipped the increasingly cocky barbarian commander!). 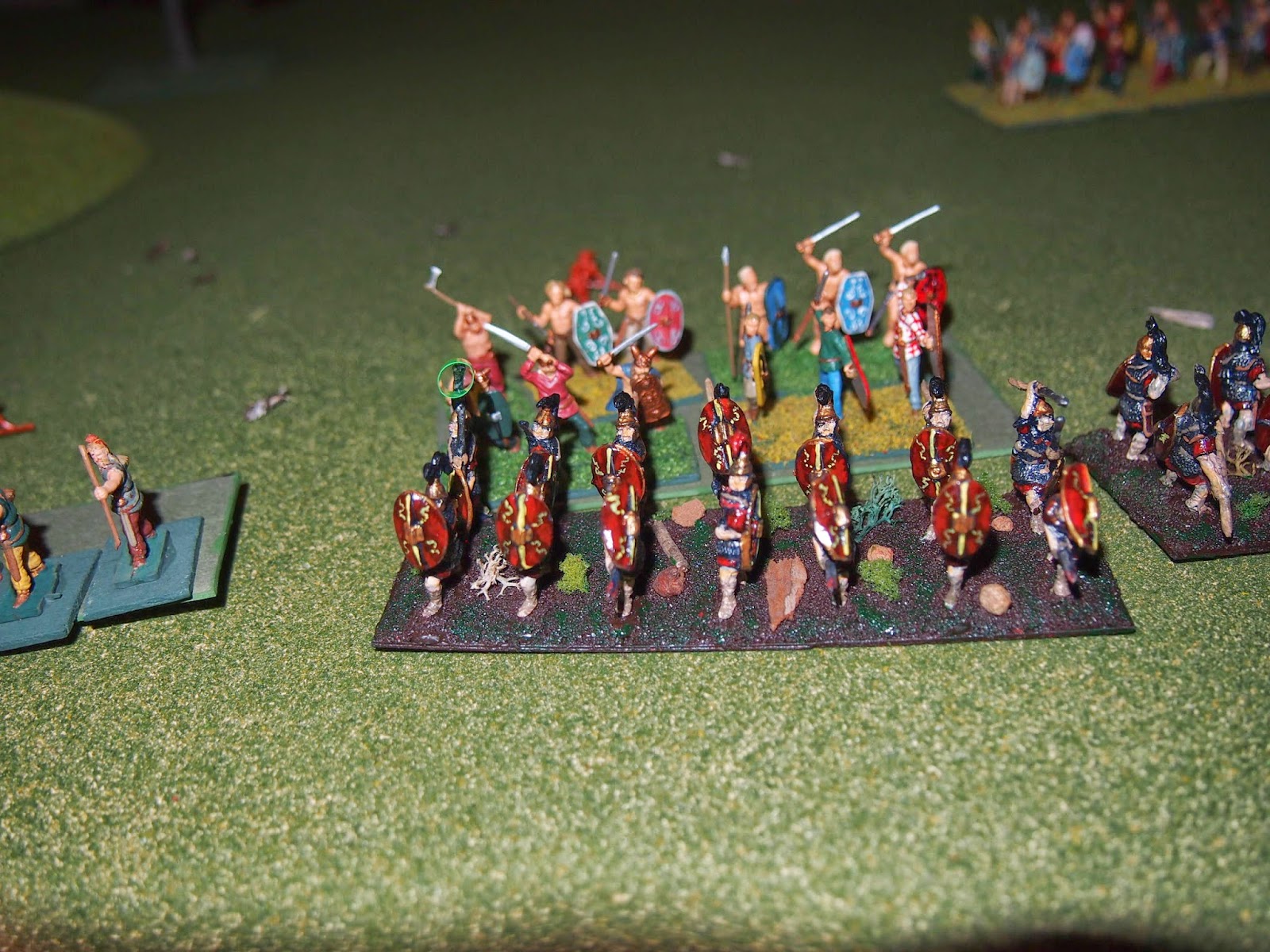 Not surprisingly as the partially-trained Roman legionaries began to melt away from the warbands. 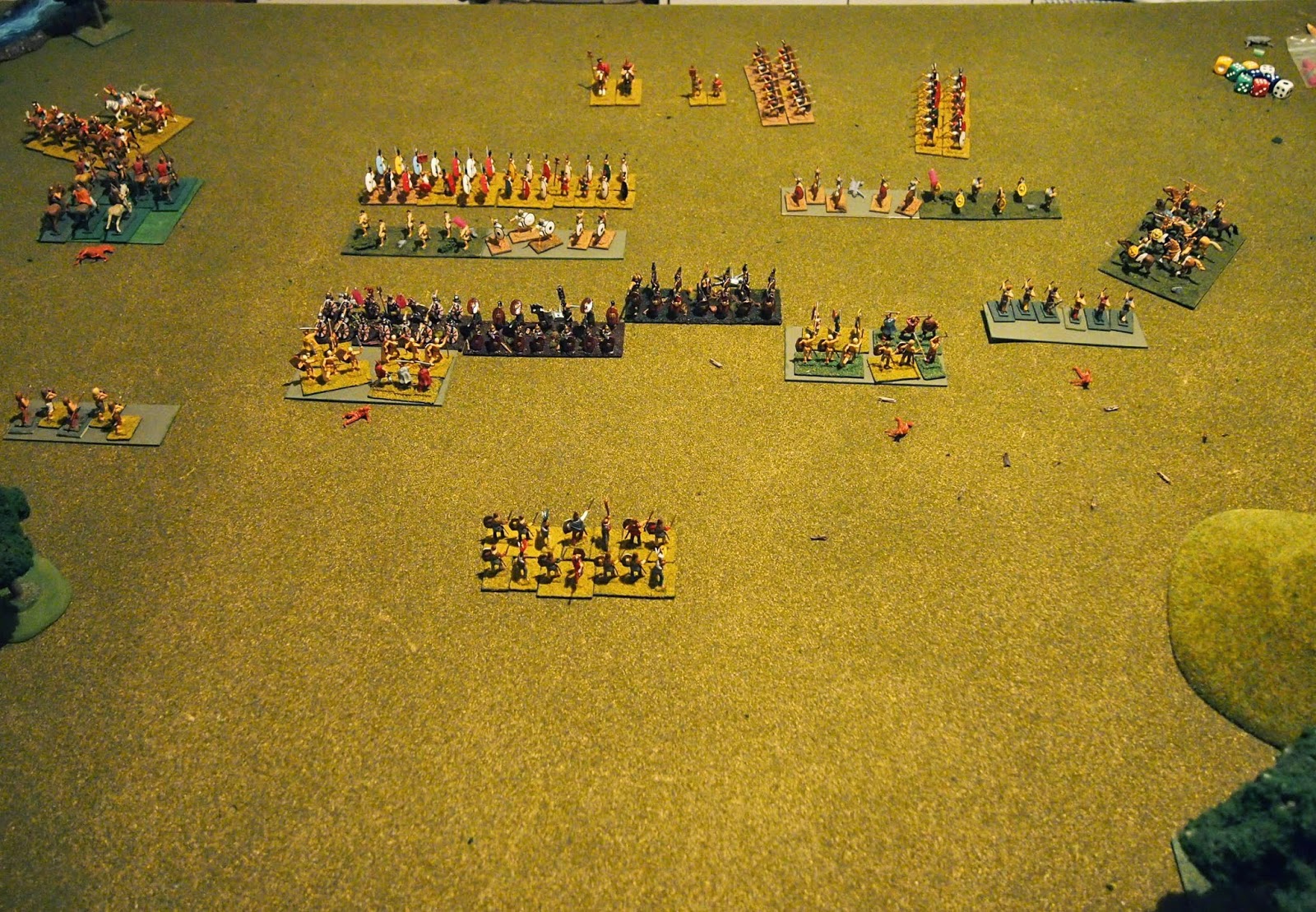 The Roman line was compromised. 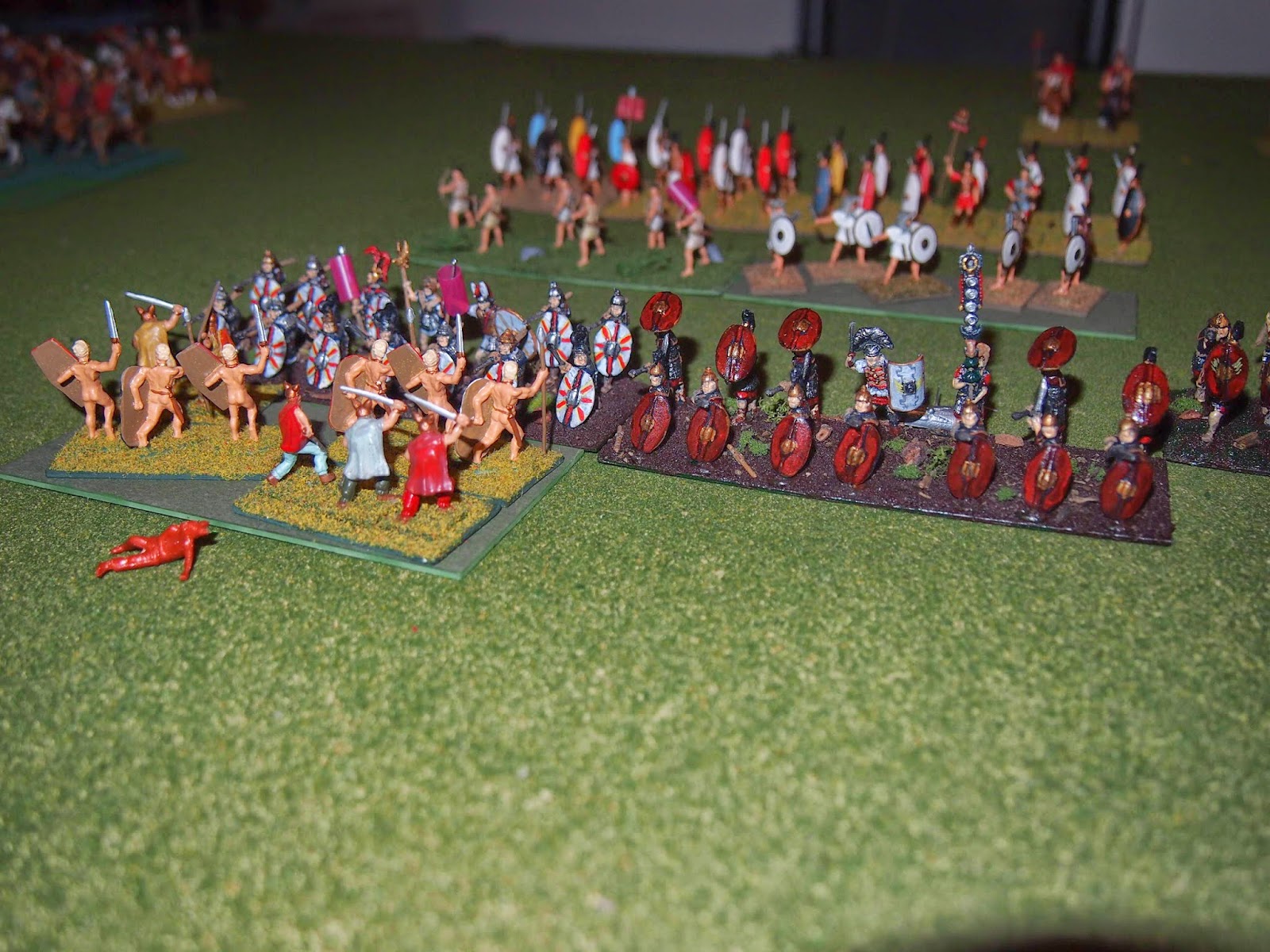 Fortunately for Roman pride, the bulk of Marius' men seemed made of sterner stuff. 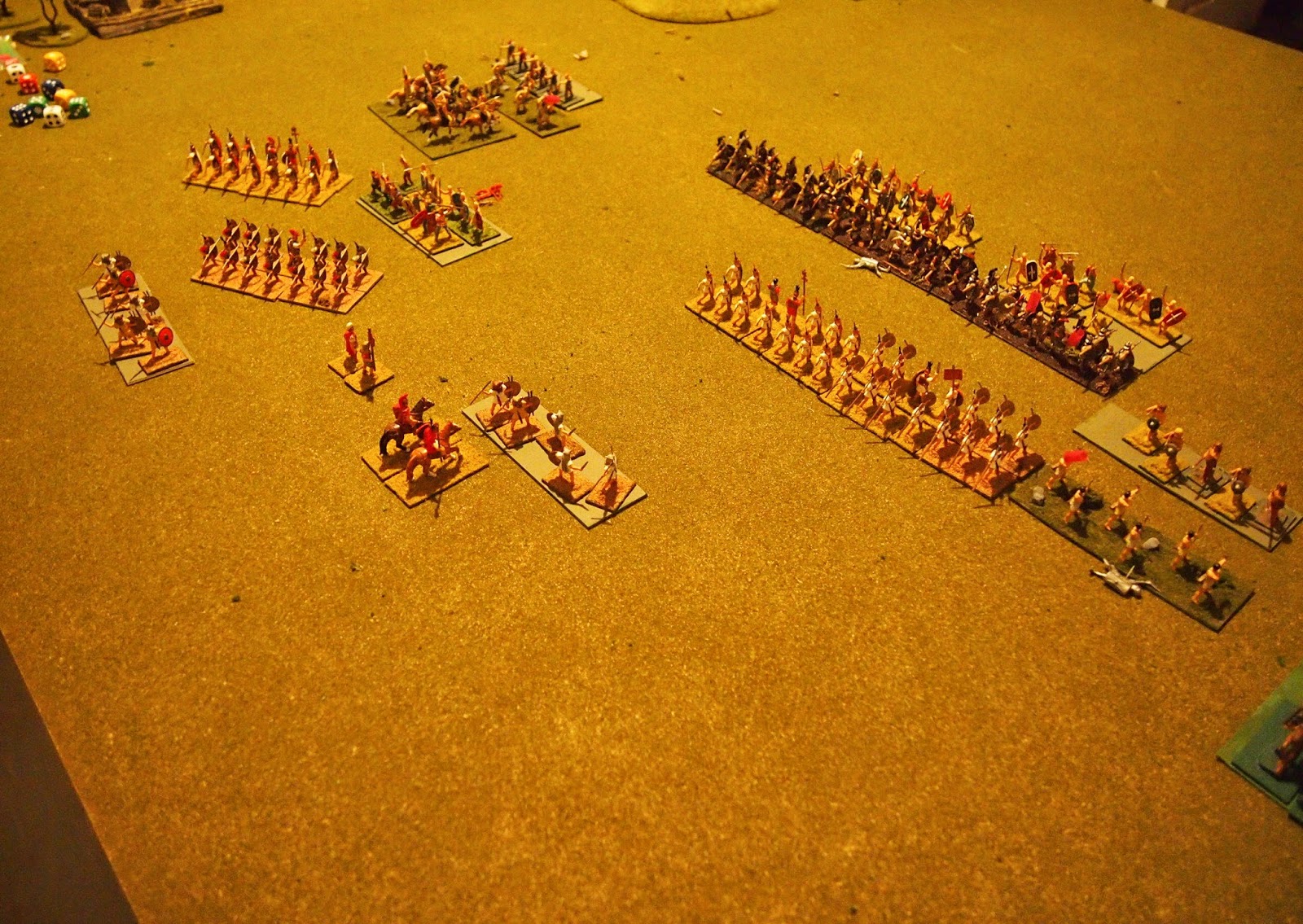 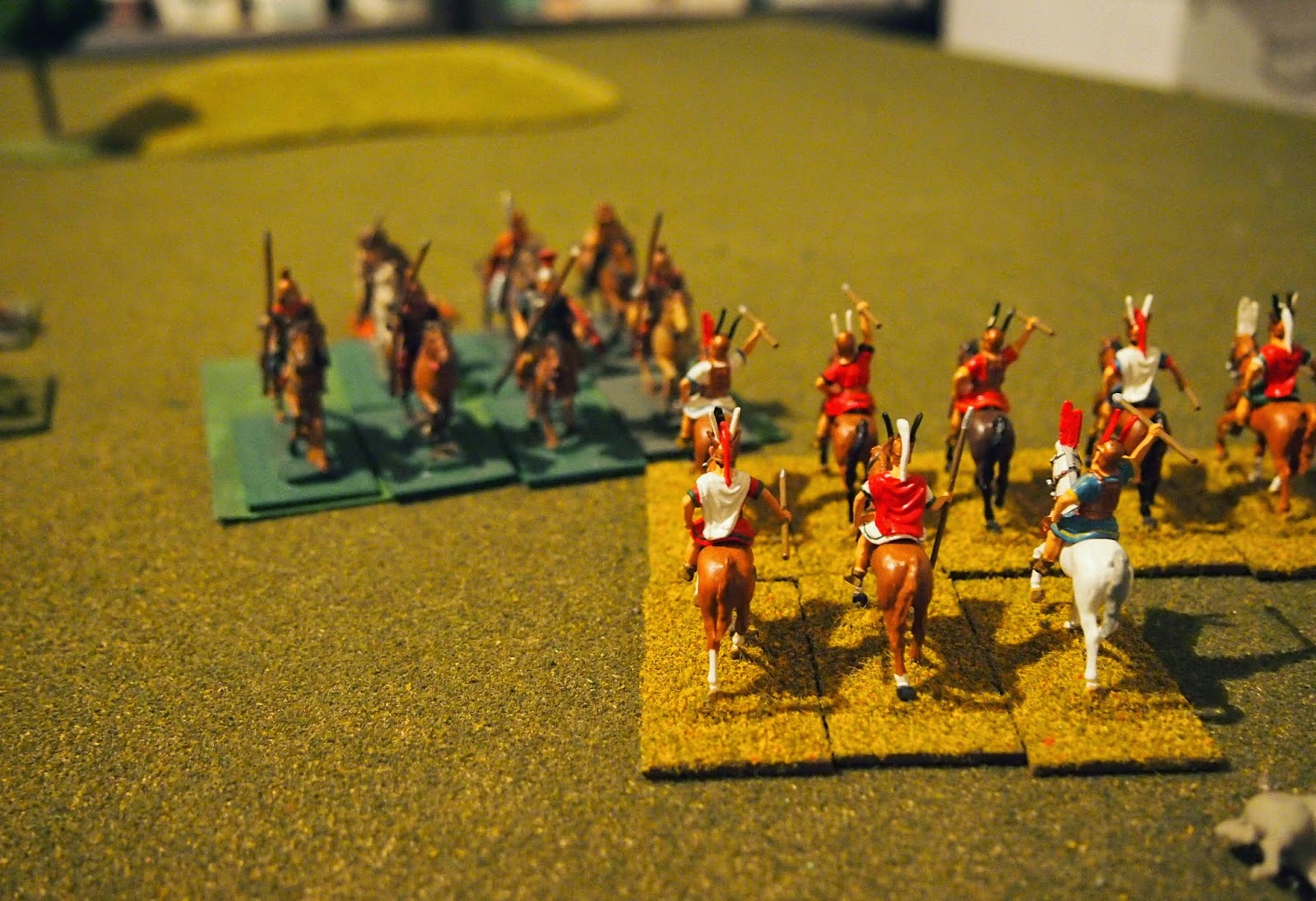 The Italian cavalry were fairing a little better than the Romans, but only just... 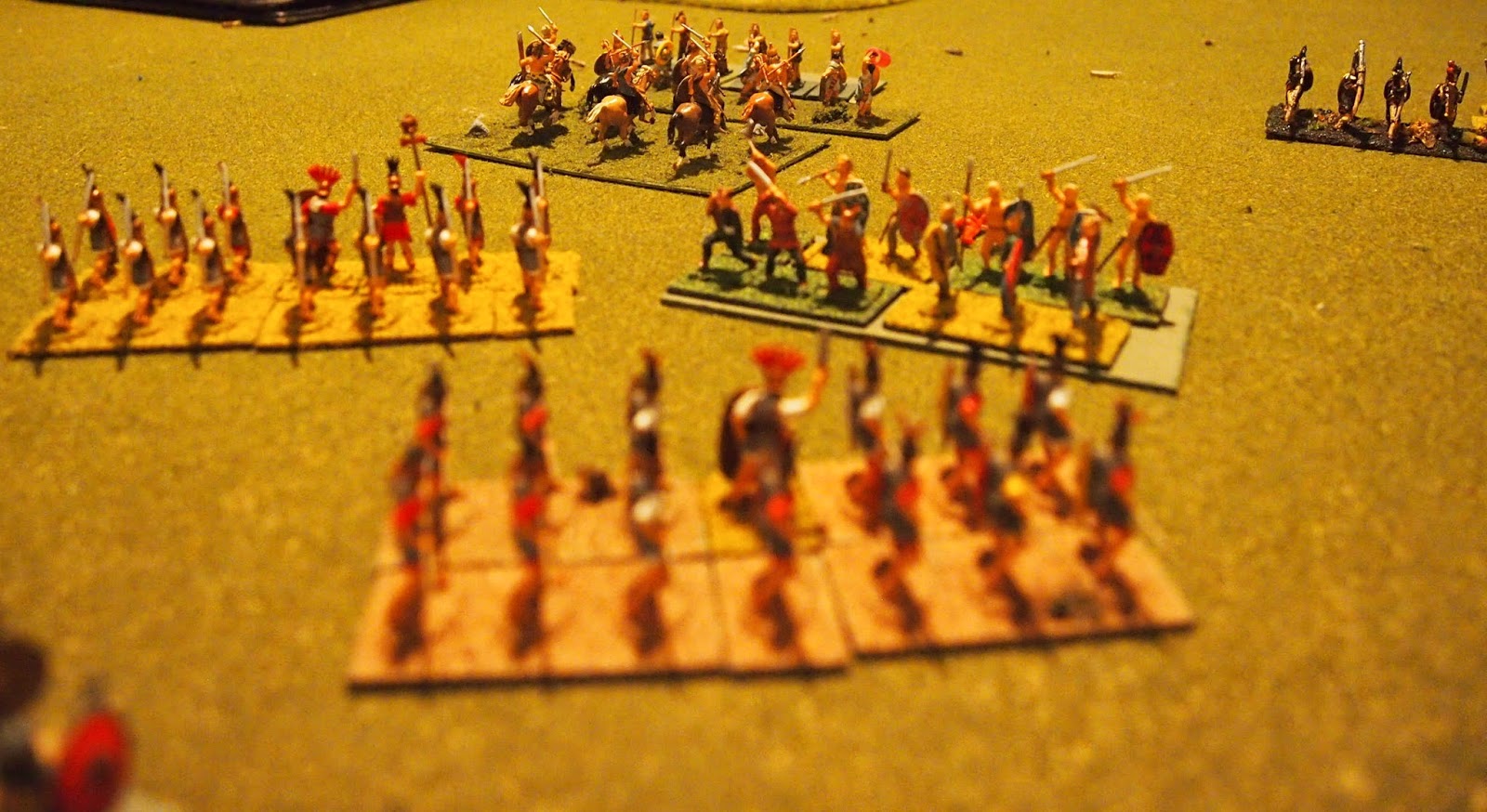 while Catalus' legionaries saw off the barbarian cavalry attempting to come around the Roman left flank. 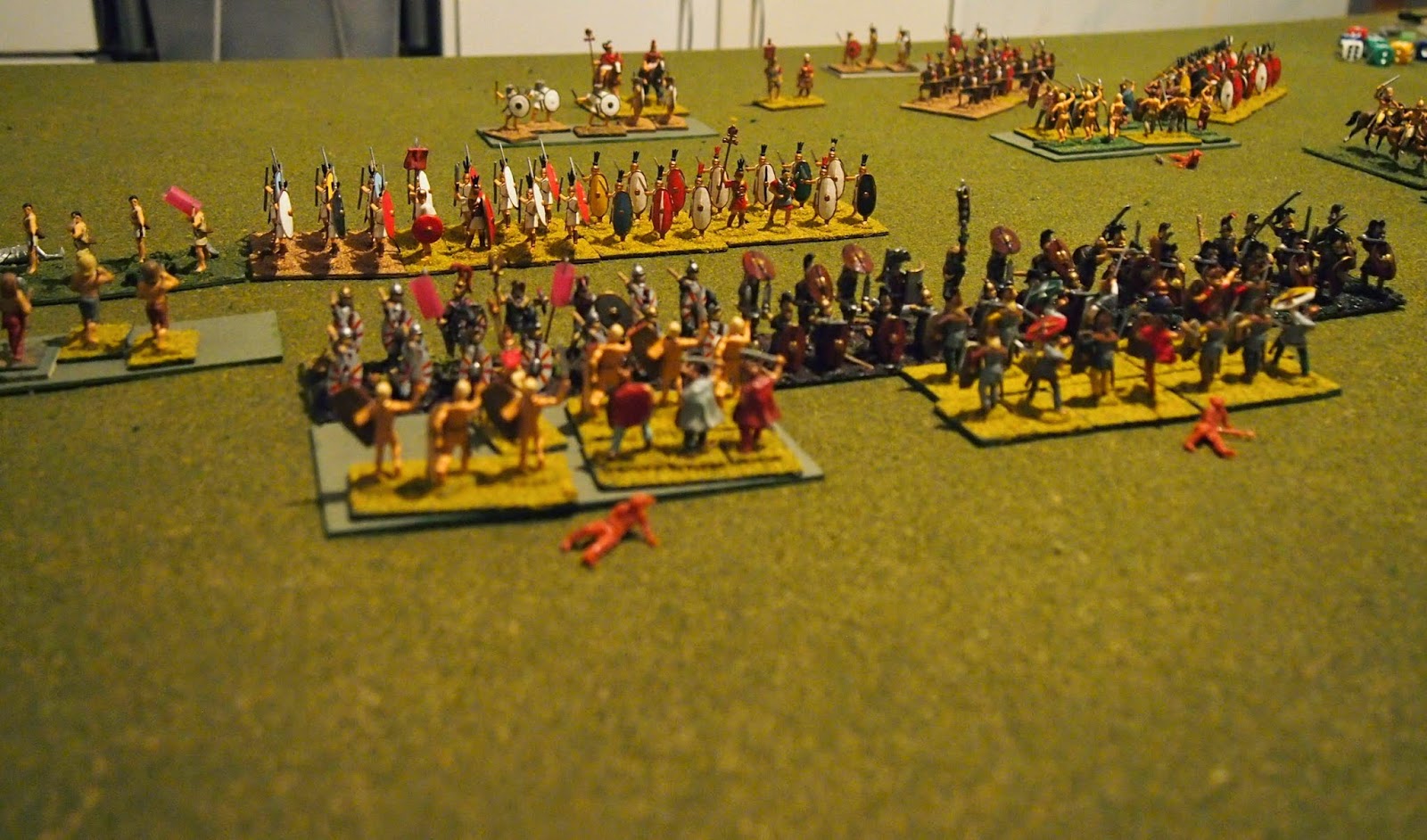 It was a desperate struggle in the centre... 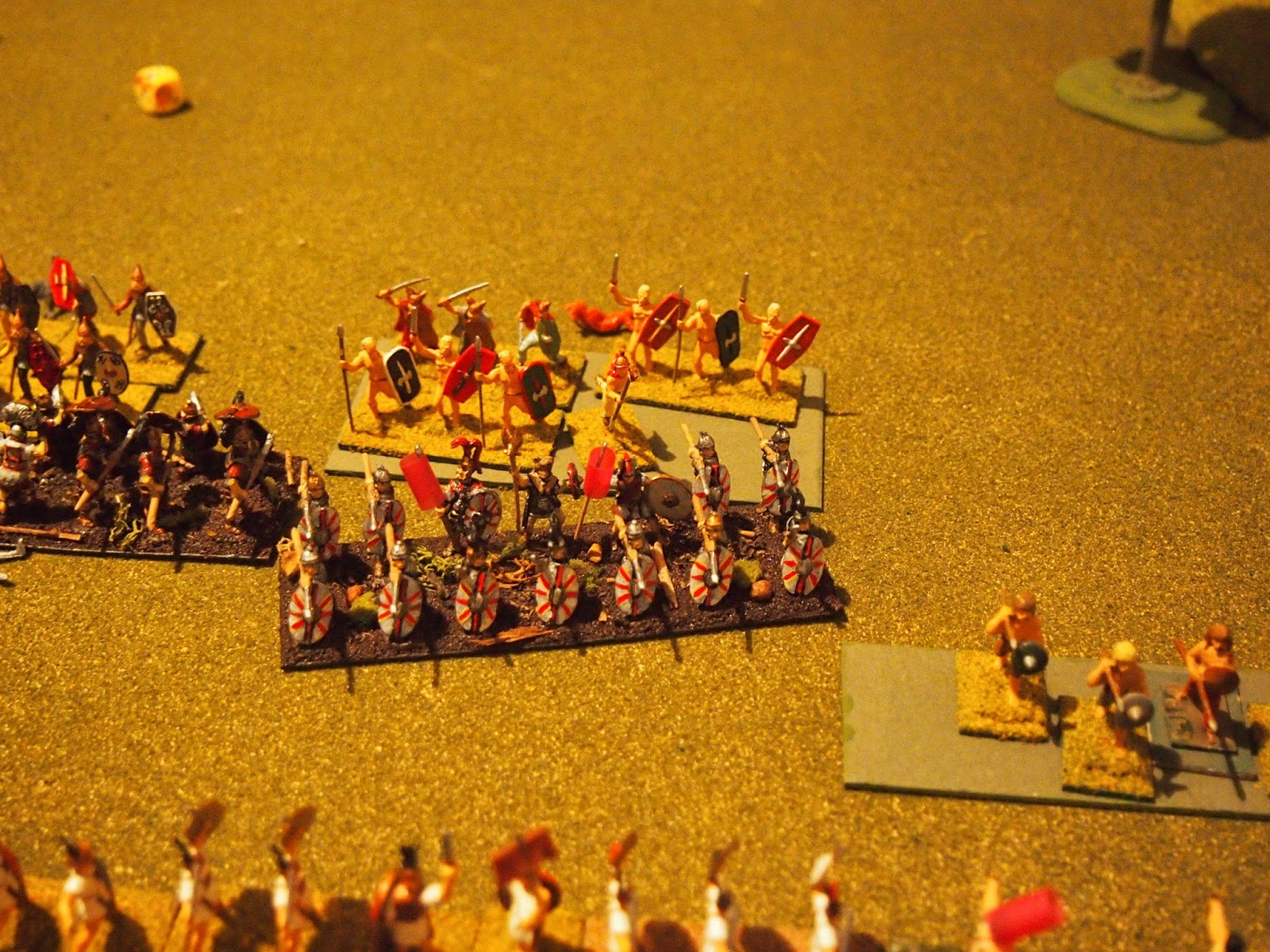 but the Romans were the first to yield! 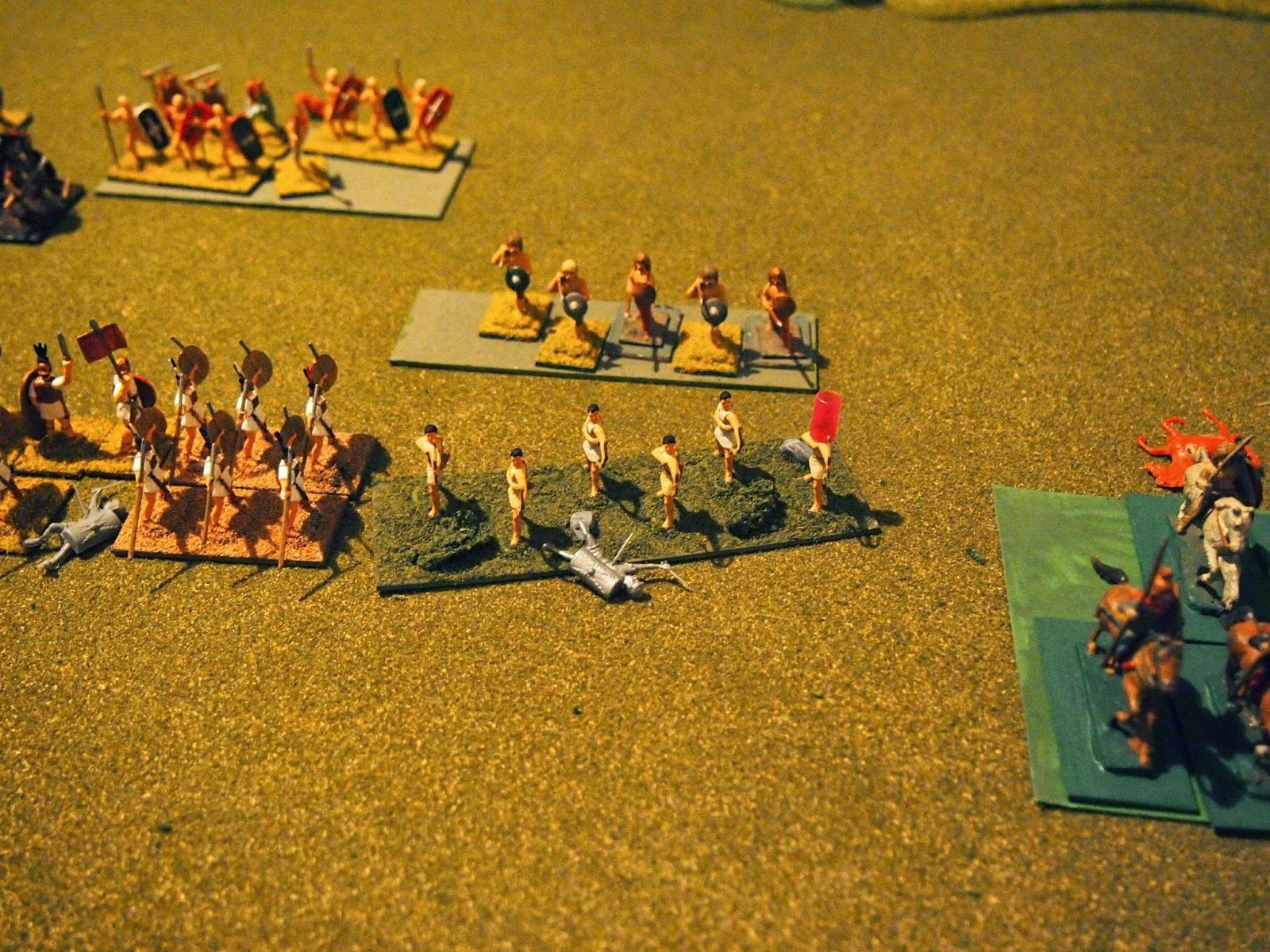 So too did the Cretan archers. 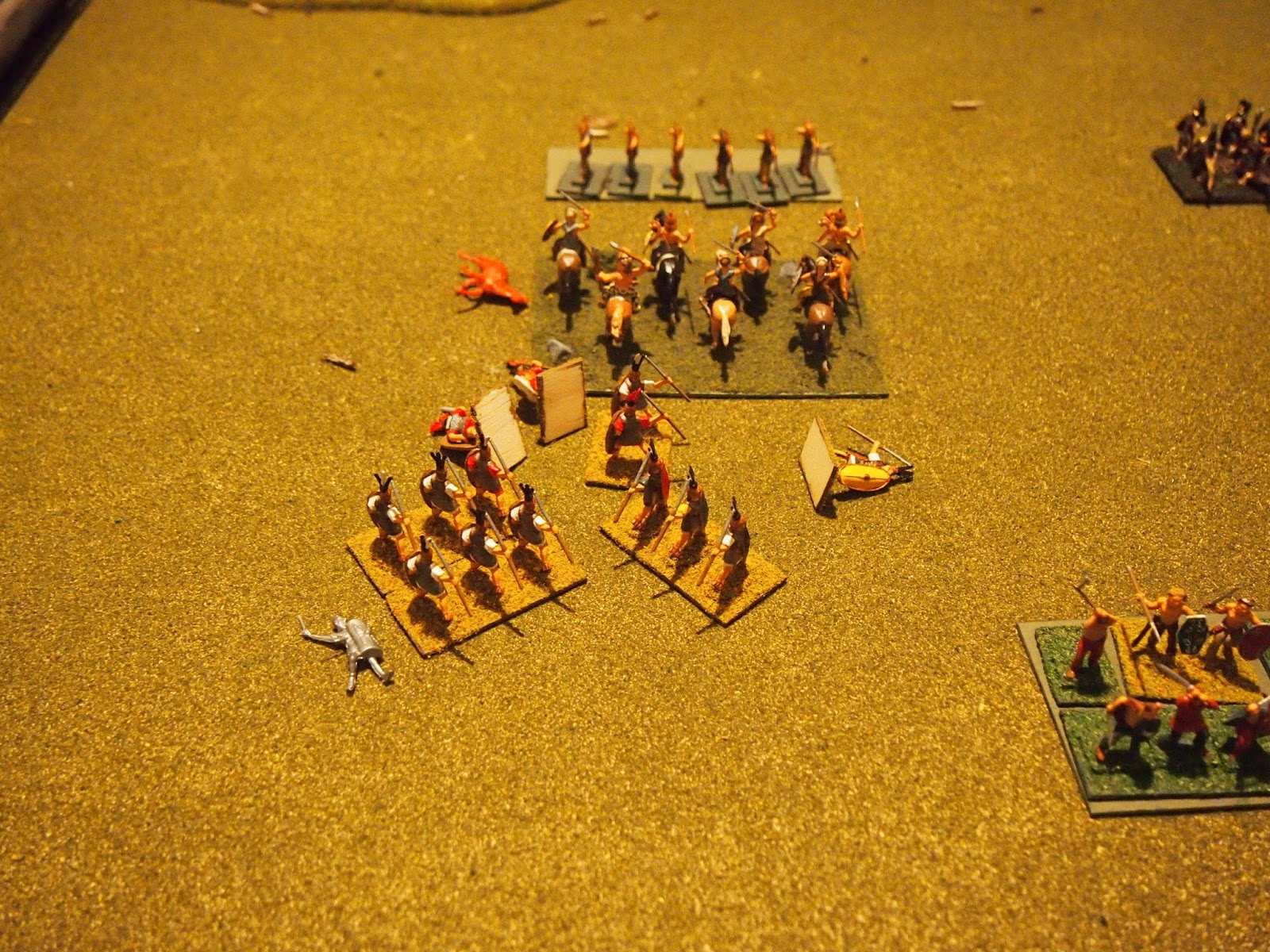 A failed attack on the rear of the retreating barbarian cavalry on the Roman left was the last straw. Marius' command had 'broken' and Catalus (the coward) quit the field too!

A major victory to the Ambrones!

Gaius Marius, where are my "rock-hard" Roman legions?!

It was clearly time to change strategy and follow that of the great Marius—avoiding battle so as to train these d@mned legionaries!