Same great presentation, with limitations and a few surprises 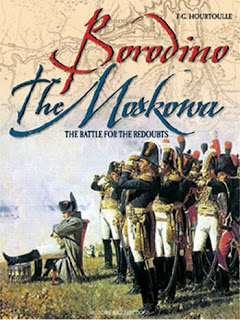 I’ll begin with a confession; to me the books of this series are the best value for money, most useful and beautifully produced uniform books on the market. I much prefer them to the Osprey titles, which, to me, are so often a disappointment. It begins with the look, feel and handle of the books, the hardcover format, the quality of the glossy paper stock and continues, as one turns each page, with the all important content. They are not perfect, and I will point out the limitations from my perspective, but you know the temper of the review you are about to read!
The books of this series from Histoire et Collections are predominantly uniform books. The uniforms are presented in detail, with nearly every unit from every division in both armies shown, in colour, and in an array of uniforms from full dress to greatcoats. This means that you get, for example, not one but ten representations of Russian cuirassiers from various guard and line regiments. Examples from the ranks, officers, trumpeters, fifers and drummers are represented for many of the units and/or troop-types, along with the flags or guidon’s for many of them. The standard representation, and limitation no. 1, is profile for cavalry units and front-on for the infantry. There are exceptions to provide guidance on other details of the uniforms, but this is not true for all types. This leads us to limitation no. 2, and the more important one. As with all of the books of the series, there is little description of the uniforms beyond a simple one-line caption. This means that, while they are beautiful books and a great resource, they are not capable of answering your questions about some of the finer details of uniforms. I tend to use them in conjunction with other books and internet resources, such as the wonderful Histofig website.
As it’s predominantly a book of uniforms, limitation no. 3 is that you’ll not get a detailed description and analysis of the battle. That said, the text is interesting, if a little quirky. Hourtoulle (through Alan McKay’s translation) describes the background to the 1812 campaign, the lead-up to Borodino, gives a reasonably detailed description of the Battle of Shervardino and of course of the epic battle itself. This latter includes specific exploits and events which are described in some detail; and not just all the ‘famous’ ones. Finally, there is an assessment of losses, of the outcome of the battle and its place in the campaign.
The orders of battle (OBs) are well above average and more than one has come to expect in a ‘uniform book’. This is particularly the case for the French-allied army, which is superbly detailed. Hourtoulle used the Vincennes archives to produce OBs that list, for Napoleon’s household and every corps, division, brigade and unit of the Grande Armée present at Borodino, the names of generals, staff officers and unit commanders, with a one-line to one-paragraph brief history for each person. In addition, to the information about the commanders for all of the units in every brigade, there are estimates of the number of men present at the battle and/or key stages of the campaign. While still useful, less information is provided for the Russian army. Hourtoulle used the history of the campaign by the Russian historian Buturlin, published in 1824. Kutuzov’s staff along with that of each of the two Western Armies are listed, along with corps and divisional commanders. The units in every division are listed, with an indication of the number of battalions of infantry, squadrons of cavalry or companies of artillery.
Once again, as with all of the books in the series, all of the above is accompanied by luscious illustrations and reproductions of paintings, maps and other pictures—the majority in full colour. A feature of this volume for me are the detailed diagrams of the grand redoubt in aerial and side-on view, including a representation of the fox-holes and the layout of the Russian grand battery within. These are supported by large-scale reproductions of sections of the wonderful Borodino panorama by Roubaud and of paintings by other artists depicting scenes from the battle.
Limitations aside, these books are hard to beat as a single volume that provides so much. When combined with other books from a personal or public library and the vast content available on the internet for free, you have all that you require to research the battle, paint the figures, organise the troops, design a wargames scenario and stage a great, historically-based game for part of the Battle of Borodino, or perhaps even the battle in its entirety.
Posted by James Fisher at 18:43