Still No News Of La Pérouse

Reflections on the Napoleon Exhibition
What a sight for any Napoleon buff, to come to an Australian city and see banners of David's famous, romantic and stylised painting of Napoleon crossing the Alps!
That's what greats a visitor to Melbourne at present and will do so until 7th October. The exhibition, Napoleon: Revolution to Empire, is showing at the National Gallery of Victoria and commenced on 2nd June. 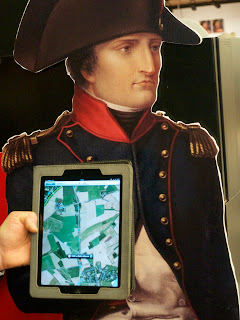